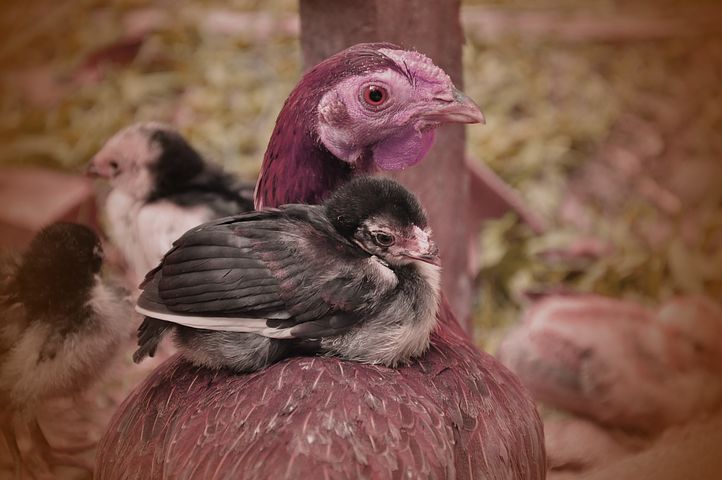 „Rabbits, lambs, pigs, and eggs are eaten at Easter,“ Martinique summed up her thoughts, „and the Resurrection holiday turns into a feast of death in no time. I cannot imagine that Jesus would have appreciated that. He said himself that he was the one lamb, the last, that would have to be sacrificed. Somebody seems to have misunderstood something.“
„Do you think that people even remember that Easter has something to do with Jesus?“ Christian interjected succinctly, „If one assumes the accumulation of pagan fertility symbols, it is hard to imagine.“

Martinique closed her eyes, but she could not miss the pictures because she always carried them around since she saw them the first time. Bunnies in small cages, crates, so that they move as little as possible and put on fat quickly. For meat production, effective and efficient. But also, those in bare wire cages, bred to serve the research. Just like the laying hens in their batteries. Day after day to lay eggs, until their bones dissolved, they had used up all their strength. Thrown away like garbage. Chickens in meat production, where chicks are placed in a huge, windowless hall. Food and water come automatically. For the next 42 days, they are left entirely to their own devices. Then they are sucked up, killed and the carcasses land on our plates. The hall will be cleaned as once the stables of Augeas. Every single day the chickens were in their own filth. Then nothing reminds you until the next load of chicks is introduced. But not all chicks are taken care of in this way. Only the female enjoy this dubious pleasure. While Mrs. Chicken is allowed to live for 42 days, Mr. Rooster is allowed only a few hours before he ends up in the shredder or in the gas. Immediately after hatching, the small, yellow balls are shipped on a conveyor belt and sorted out. The good in the factory, the bad in the shredder. The bad ones are the roosters that do not lay eggs and only put on fat very slowly. They are for nothing. This kind of attitude, taking the eggs away from the mother right after laying and everything that follows, is so normal that one might think it is natural.

Mama Chicken lays so many eggs that her nest is filled. Afterwards, she spends many hours incubating, e.g. to provide them with the temperature that is suitable for growing the little chicks. She turns her eggs over and over, lets them air in between. How she has to accomplish that, she knows with absolute certainty. Only human mothers need a guidebook, but who wants to compare a human with a chicken mother, where the result would be very shameful for the mammal.

After a reasonable period of time, the babies hatch from their calcareous dwelling. The mother waits until they are all together to lead them into life, out into the world. Everywhere the little ones follow her to learn what they need for a chicken life. And in the evening, when it gets dark and cold, she takes the chicks under her wings to protect and warm them. It should be so.

„So they go with the baskets full of Easter ham and colorfully painted eggs in the church, to let them bless,“ Martinique remembered the time when she was still playing this game herself.
„And this blessing is given in the name of God,“ added Christian, „but who blesses death can not speak in the name of God, who calls himself the God of life.“
„Actually, it’s like repeating the mocking, flogging, putting on the crown of thorns,“ Martinique mused, „and finally the lance in the side. Easter is a feast of death. God is dead – we’ve murdered him and do it anew, millions of times every day. „