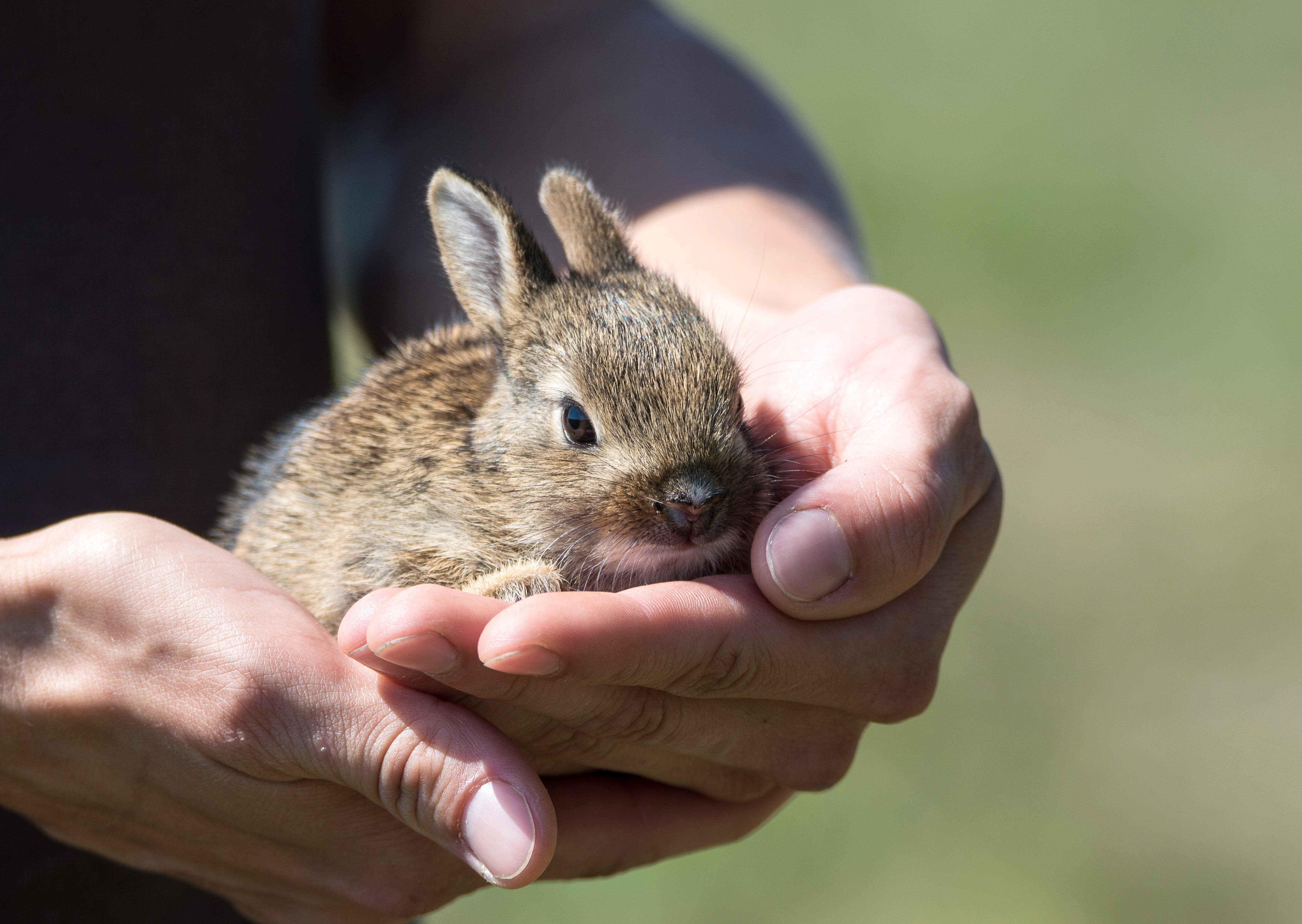 It was a cold, foggy day when Christian and Martinique decided to go into the woods. Actually, she was cold and she was tired, but hardly that they had reached the edge of the forest, it was like an awakening. Her feet firmly on the ground, it was as if her roots were growing, through which the power of the earth poured into, flowing through her. Involuntarily, she paused and closed her eyes. All tiredness, all inertia, even the cold, seemed to be wiped away with one blow. Then she felt herself held by the arm, so that she opened her eyes irritated again. Christian held her arm and at the same time brought his finger to his lips to indicate that she should be quiet, whereupon he pointed to the field beside the edge of the forest. What did he want to show her? At first she did not recognize anything, but then she saw a movement, and at last she saw it too, field hare, who eagerly jumped around and ate the barren remains. Dreamy Martinique watched them in their busy life. It’s nice, life, because it is.

A deafening bang tore the idyllic scenery. One of the rabbits stayed lying. The others ran away. Martinique was frozen as she felt her body tremble. He would come soon and get his victim. And she would face a murderer. But nobody came. She hoped, she had only imagined it, but the dead hare lay on the field, they stood here, but no one came. Just murdered and left lying. And a tremendous rage rose in her. This hare wanted nothing but life, and then someone who shoots him just for fun. Then maybe better a petting animal for the kids.

It had been in a garden, some private garden, where she had been invited to a barbecue. In this garden stood a big hare’s house and next to it stretched a large free-range enclosure. It was there for the sake of the children. Four long-eared representatives of this species sat there, huddled together in a corner. They were trembling all over because with them in the enclosure was a little boy, about four years old, who kept chasing them from one corner to the other. And with each unsuccessful attempt to catch them, his anger grew, so that he stepped after the rabbit, who ran anxiously past him. With full force he caught the small animal in the side, so that this was hurled to the other end of the enclosure. Stunned, she watched. The hare should have loved the boy, she heard from his few words. Looking for help, she looked around to see if anyone would intervene, explain to the boy how to deal with other creatures, but nobody seemed to think it necessary. So, Martinique picked it up and walked over to the boy. She spoke softly to him, about the hare’s pain, about the possibility of being with each other, if only one had enough patience. The little boy listened attentively. Martinique thought she had convinced him when suddenly a man stood next to her. He looked tall as a tree, especially as she crouched on the ground, but also because he had his hands thrusting on his hips. She should not talk to his son that way, because he did not do anything after all. And the stupid cattle do not mind. Slowly, Martinique stood up and looked at the man because she could not believe that it was really true that children were being taught to abuse or at least not hinder animals.

And they go to church, the good Christians. When they get home, the roast rabbit is on the table. The rabbits sat in small cages for a few weeks for meat production. Crammed together, fat-fed, slaughtered long before time. You can taste it and think about Easter. How could it happen that the Messiah was delivered to the henchmen of the Roman occupation, a man who stood for love and life, they still think, and do not realize that with every bite they do, they commit that betrayal, again and again. For those who love do not harm, and whoever affirms life does not murder. And whoever has death on his plate cannot be a Christian.