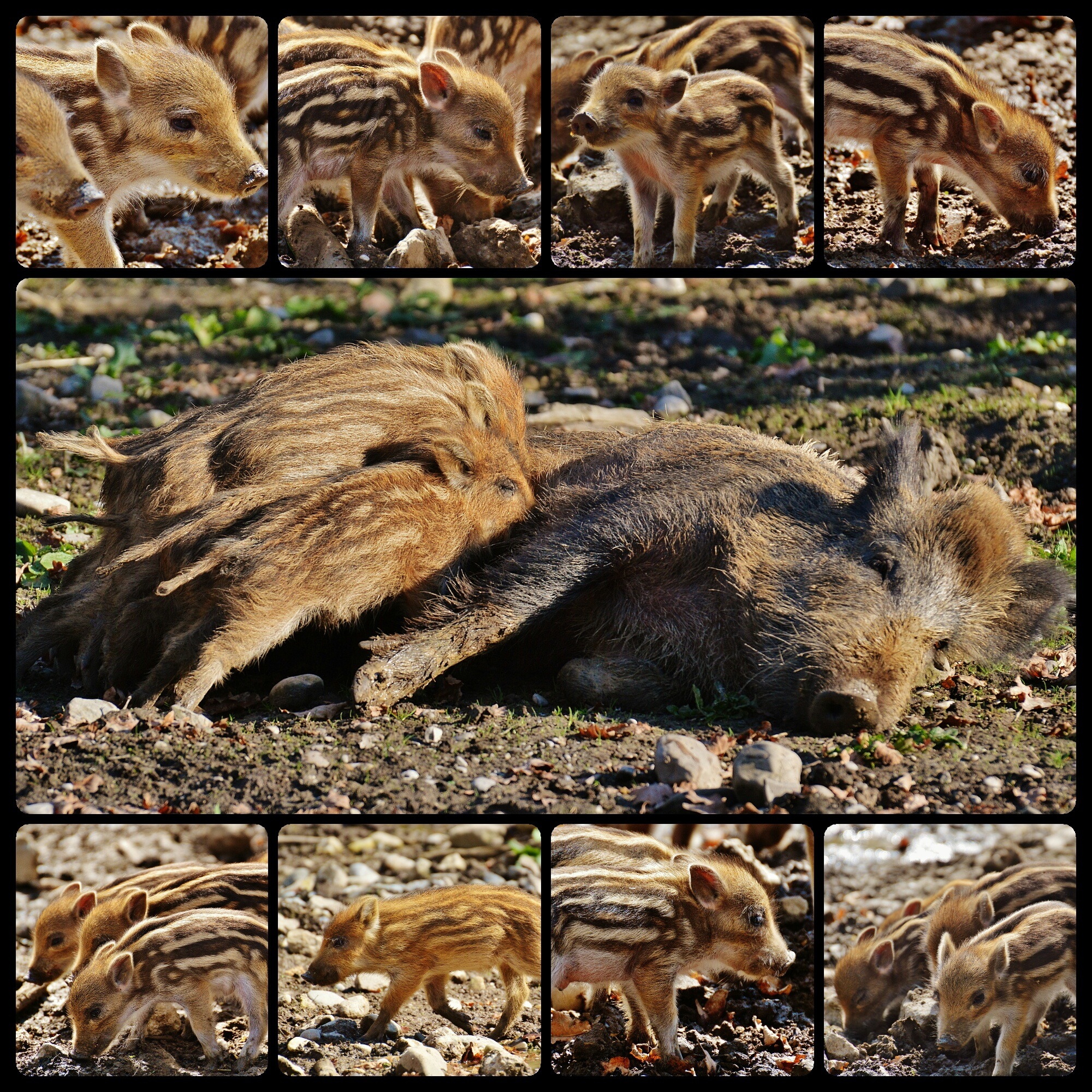 Martinique felt her hand on his skin, feeling heavier and heavier until she fell asleep. Did she actually take this experience so seriously? Christian saw her close her eyes. Her steady breaths told him that she had left the reality, with all its demands, behind for a while. As gently as possible, so as not to wake her, he withdrew from her. He would leave her alone for a little while as he had some work to do, which did not require any delay, but he was sure he would be back in time. And while Christian softly closed the door behind him, Martinique sank deep in her dreams.

They huddled close together, the little striped fur balls. Just then they had eagerly drunk on the mother’s breast, now they were full and lazy beside her. Very close to each other, with the siblings, with the mom. She was in the middle of it, the smallest of the eleven-member crowd. Everything was good. Everyone felt comfortable. They had nothing to fear. Boars do not have any enemies, except the human who had carefully eradicated all the rivaling predators, while casually messing up the fragile ecosystem, but who cares. You can balance and cheerfully continue to open one construction site after the other by this time supposedly a measure is set, then again there, the strangely bring no improvement, as is actually claimed. Of all this, the little boar girl did not know anything. It was slumbering, gathering strength to romp around with its siblings and explore the forest. Then suddenly it was rudely torn out of slumber, out of dreams, out of peace.

A gate was opened and under loud noise cars drove into the fenced area. Immediately the mother jumped up. That did not mean anything good. Although she was young and inexperienced, she knew from the stories of the older members of the rump that these sounds meant death to many. So, she ran off, trying to get herself and her babies to safety in the undergrowth. Finally, she found a place that suited her. Here she intended to hide until the danger was over. But then steps were approaching, which belonged to these animals, who walked on two legs and allegedly brought death. But she could not really imagine that, because as long as she lived, she’d only seen these two-legged creatures as feed suppliers. Although they could not continue walking, like other rumps, because no matter where you went, everywhere you came across a fence, but it was safe here inside. But was it that really? These two-legged beings were different than the others. They walked side by side in a row, making a hell of a noise. The little boar girl sensed the mother’s fear, which suddenly jumped out of the sheltering undergrowth. Of course, she and her siblings ran after the mother. As they knew it. A deafening bang tore the air. Blood spilled out of her side. A few yards she dragged on, then sank to the ground and could not get up.

„Mom, get up,“ invited her the little ones, who were now completely alone and on their own, „What should we do without you?“
The footsteps came closer, even closer. The little ones huddled against their mother. They did not know any better.
„You have to protect us,“ demanded the little boar girl, who was still a baby. No one stood protectively between them and the two-legged murderer who was already putting the gun on. There was no escape, and even if the little ones starved to death without the mother’s help. The little girl closed her eyes. It was too terrible.

Martinique screamed as the bang of another shot raced through her dream, trying to grab the hand holding it, but there was no hand and no one holding her. She was completely alone, with her fear and pain left. At last the door opened again and Christian caught a glimpse of the situation, Martinique, who had awakened, trembling, tears streaming down her face. He took her in his arms. Slowly she calmed down.

„Where does man get the right to murder fellow creatures without needing to be murdered, who gives him the right to consider free beings as his property?“ She asked abruptly, even if it did not change anything for the little wild boar girl.