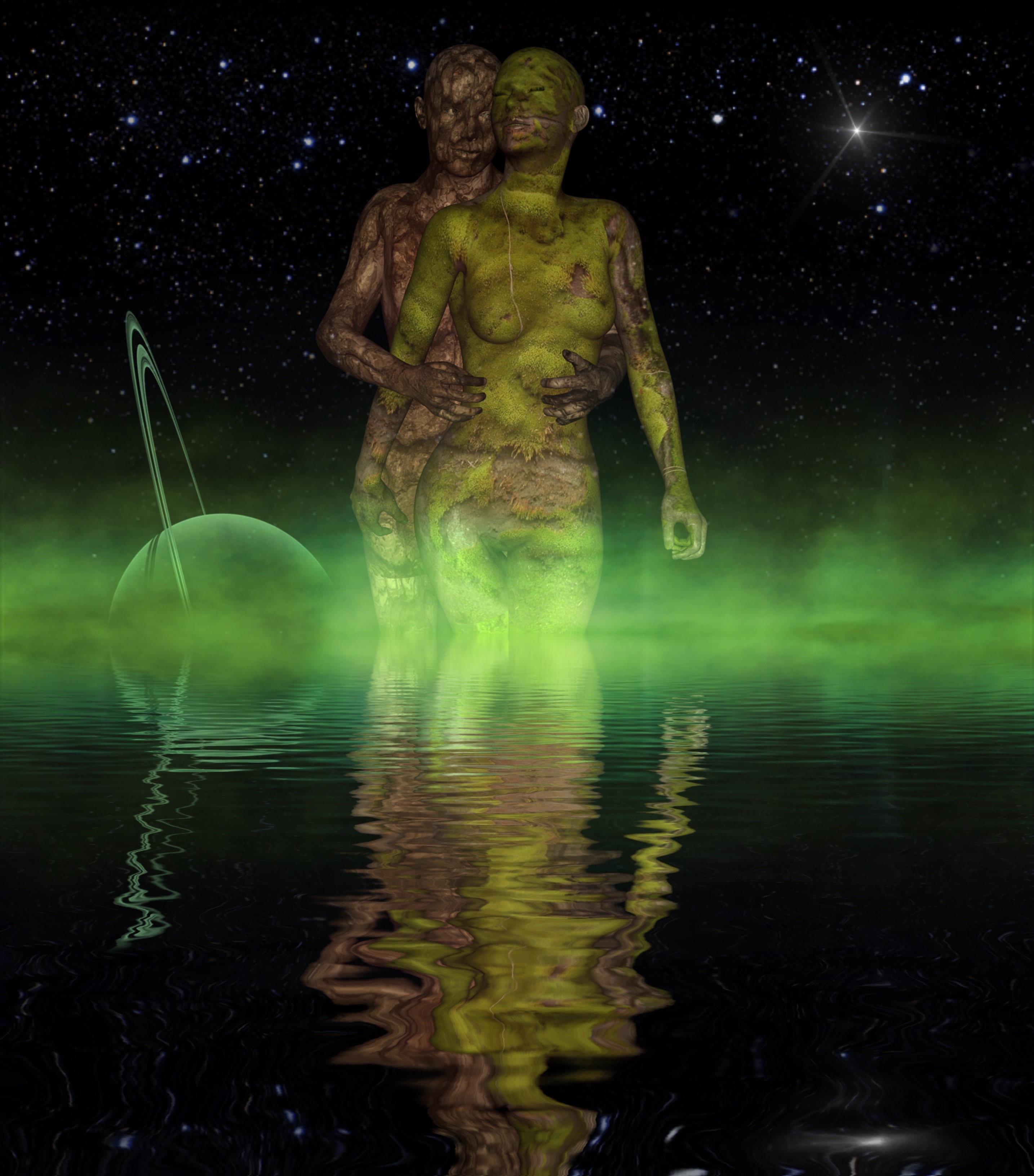 Christian felt that Martinique was in his arms, on this new morning. Her head rested on his chest and her calm breaths betrayed that she was still asleep. At some point he had come to her. At some point, they fell asleep. That’s how it was. Nothing else was necessary. He pulled her a little tighter, as if to convince himself she was really there. But leave it at once, so as not to wake her up. Maybe she took it into her dreams, because she nestled a little closer to him. Only that. One afternoon. An evening. One night. Without the need to feel like doing anything other than being here. Because it was enough. Needlessness, because the moment fulfilled everything he had ever promised and so often failed to deliver.

Frugality is the finding of a situation in which willing and longing cease. Just because. Very close together, without feeling involved. Intimately connected, without having to worry about afterwards. Nobody knew what would come. At some point they would part from each other again because life required it. It was just like that. It was always the same. Diverging, without knowing whether to reunite. It was probably. Even after awakening. Maybe even after the next one. But you could not know it. That’s the way it should be, because knowledge is a form of determination, of immutability. Life is change and uncertainty. Life is in the process of becoming.

Frugality, as a form to let life be alive, as it remained in the moment, in that in which there was togetherness. In all intensity, in all simplicity. To be content with just being content without even thinking about killing the moment by taking possession of it. Property of luck. And if only for a single moment. In that, too, they had found each other, being in this being. They were gentle, with each other and with themselves. In touch. In the words. That’s why they did not want to name it, whatever it was, what connected them, what they were. Carefully, like the plantlet that had anchored itself, unobserved, with its roots, and dared to see the first shoot above the earth’s surface. If it’s supposed to grow, you have to let it go.

„It’s good to be there,“ Martinique’s voice interrupted his thoughts.
„I think so too,“ replied Christian briefly.
„Actually redundant,“ she added.
„Actually,“ he agreed.
„But it’s nice to say it,“ she said.
„But it’s nice to hear it too,“ he said.
„It actually happened to me,“ she continued.
„What happened to you?“ he asked abruptly.
„That I thought why it could not stay that way,“ she admitted.
„It’s probably natural to think that, if you wish,“ he said.
„But why do you want something that is, after all?“ she replied.
„Because you tend to think and plan further, maybe because you want safety, a little, in this world,“ he tried to explain himself and her this phenomenon.
„But if I keep thinking, planning, then I leave the moment I’m happy, for an uncertainty,“ she said, „Would not it be the right thing to stay here, to be satisfied in what is?“
„It sounds reasonable, but is it really possible?“ he countered, „Is not it that we want to find something that we can rejoice from one time to the other, but that cannot happen if we do never be sure if there will be another one.“
„There is no such thing as security,“ she said with all due force, „but there is a possibility and we can afford that opportunity, from time to time, because we want it.“
„The freedom that I mean, without completely sinking into the lost, because it can also give something like reliability,“ he said thoughtfully.
„That would be what it should be,“ she agreed. To close your eyes again. Her hand on his skin. It was good. It was enough.