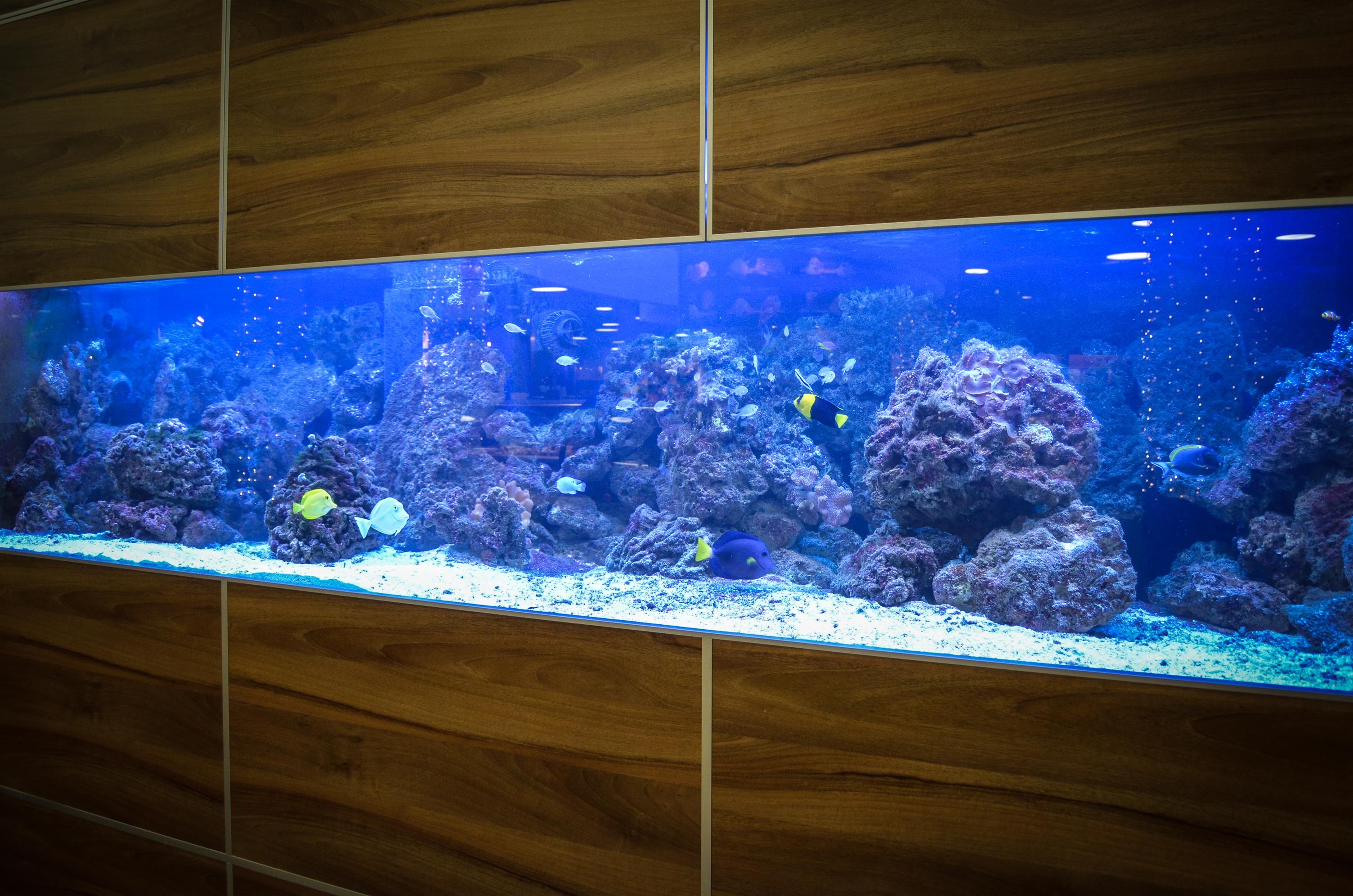 „Hello uncle,“ Christian opened the conversation, „May I introduce you to a friend of mine?“ Instead of answering, the figure, of which they had only been able to see the back of the head at the time, rose out of the couch in outline only after the room was lit only by the light emanating from the aquariums. Martinique was startled by the expansive bulk of his body. At least 260 pounds for a man no bigger than herself. But that was not the worst. Rather, it was the resignation of living with a spiteful woman, withdrawn into a chamber, where he pulled fish into his suffering. Prisoners in the aquarium. Prisoner in the small room. Only that man had chosen it. Briefly, the uncle looked at Martinique, wondering if he had a name. Then he let himself fall back into the couch, as if this alone had been robbed of all his powers.

„What do you want here?“ asked the uncle abruptly.
„Visiting you,“ was Christian’s curt answer.
„And why did you bring someone?“ the uncle relentlessly pursued, as if Martinique was not there and they were talking about someone who was far away.
„Because she was with me,“ was the brief explanation.
„Do not you like strangers?“ Martinique intervened because she could not help herself. A scowl hit her, as if it was unabashed to interfere in this conversation.
„No, I do not like people, as you know,“ said the uncle, who did not speak with Martinique, but with Christian, „I love animals, but I do not like people and close the door that this goddamn feline livestock will not come in. “ As a result, Christian closed the door. Martinique felt as if her last resort had been blocked and she was trapped forever in this nightmare.
„Are not pigs animals?“, she still could not refrain from asking.
„Why should not pigs be animals?“ the uncle asked confused, in such a way that he even seemed to forget that he did not want to talk to her at all.
„Because you just said that you love animals, and yet you eat pigs, so pigs are not animals, you do not eat anyone you love,“ said Martinique, as if it was the most natural thing in the world – and for her it was it.
„Young lady, apparently you have no idea about life,“ said the uncle irritably, „pigs are there to eat them, that’s how it is in nature, they’re born and slaughtered, and we eat them. Everyone has his place in the food chain. „
„And what about fish, are not they any animals?“, Martinique continued, „Because if you actually loved animals and fish are animals, then you would not keep them captive.“
„I give these poor creatures a home in which they have everything they need, just no stress,“ said the uncle roundly, „Out in nature, they are vulnerable to predators, not to mention the pollution, the dirt. I love them, and that is why I save them from this terrible life out there, for which I am the Lord who creates all that, I am the Lord of the Ocean. „
„Dear God personally,“ Martinique added smugly, but that did not seem to attract his uncle’s attention, for he continued to speak steadfastly.
„You just have to see how happy the fish are,“ said the uncle as he pointed to the torrents, „They always swim around in a circle, and I’m always there for them.“

Martinique actually saw it. Again, and again they swam in circles, some of them. Diesquientingly and restless. The eternally same way, because there was no other. This type of posture already caused them to malfunction in the brain because they were unable to adapt to the conditions. As good as this adaptive capacity might be, captivity in a far too small cage exceeded it. Stereotypes of how the monkey develops it, sitting on a branch, always rocking back and forth. Because there is nothing else to do. Others had given up altogether and were only drifting. Resignation. Standstill. Like the people. The man in the small room. The woman in the kitchen. The man fixates on his prisoner. The woman rushed by every speck. And yet this man thought, „I am the lord of the ocean.“