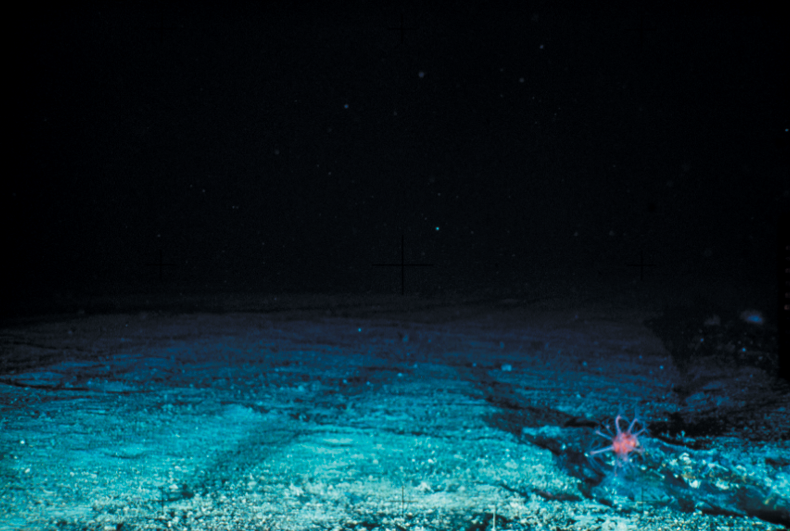 „All right, that was just a dream,“ tried Christian to calm Martinique down, who began to shiver all over at the memory of it, while he pulled her all the more intimately into his arms, „What happened?“
„Nothing special, really,“ Martinique said after she regained her composure, „even something very commonplace, a large trawl pulled over the bottom of the sea and carrying everything that is not nailed down. But the Mermaid did not know that until then, thinking that all she had to do was beware of predatory animals, so she had not been able to foresee anything like that, a huge monster devouring everything, that he comes in the mouth. „
„And the monster swallowed her?“ Christian asked.

„Our little, innocent, curious and adventurous mermaid had fallen headlong into such a trawl net, trying to wriggle freely, but the more she moved, the narrower the loops tightened around her until she was completely unable to move,“ Martinique continued, „Exhausted, she paused, knowing that she had to free herself, just not how.

Countless fish shared her fate, like the little blobfish that, unaware of any evil, lies buried in the sand and waits for his food to swim near enough, that he can catch it. The net is dragged across the bottom of the ocean and just takes it all in. What it leaves behind is an underwater desert, as if all life had been wiped out in one fell swoop. Who cannot get away fast enough is irretrievably lost crushed by all the other fellow prisoners or pulled alive out of the water, to the deck of a ship, but they just keep the ones, which they have a legal license for as an official fishing permit. Everything else wanders back into the water, dead or alive. One ton of fish to be caught comes with three tons of bycatch, as euphemistically called. Living waste. And it’s done, even though so many resources are unnecessarily wasted, even though it’s ecological madness. Because it is practical. But not only fish are caught in the net, sometimes large marine mammals, dolphins, even whales, which then, if they do not succeed to get free in a certain time, drown. What a macabre dead. And those who succeed in freeing, they often carry serious injuries. As if life was worth nothing. „
„And in such a net our little mermaid got tangled up?“ Christian asked, „Did she get free?“
„She would not have succeeded, but she was very lucky again, for the handsome merman who had followed her to bring her back was more prudent than she,“ continued Martinique, „so he had recognized the danger sooner. Now, as he watched what was happening, the net was scrutinizing, time was pressing, the net was slowly moving, and with each meter it filled up more with innocent marine life, yet he wanted to do it right, and swam to the beginning, where he just cut it off, freeing not just the small, stubborn, defiant mermaid, but all the other inmates as well. „
„And did the little mermaid learn her lesson?“ Christian asked.
„That depends on what you mean by that,“ Martinique said judiciously, „she definitely swam straight to her father, Poseidon, the god of the sea, and told him about her experiences, and her story ended with an urgent appeal to him to stop this action as soon as possible. „
„But he could not because people do not let anyone and nothing stop them from this murderous action, not even a god, Prometheus has obviously done a great job, people no longer need gods,“ said Christian.
„As if gods had ever stopped people from doing anything,“ Martinique pointed out, „What’s more, humans tense and harness the gods to justify their macabre machinations, so no one can argue.“
„Subdue the earth, and everything that creeps and curses in it,“ Christian repeated one of the most well-known phrases from the Bible, „This has been thoroughly followed by people, it is very handy when people write a book, they declare it sacred, yes, to revelation, so that they justify what otherwise there could be no justification for. „

„Gods serve people to stop needing explanations, nothing else,“ Martinique said thoughtfully, „so you do not have to worry about sharks being caught just to cut off their fin for the delicate soup, then throwing them back into the sea alive, not about the sea turtles being caught and killed for the same purpose, nor about all the millions of fish caught as captives in tiny aquariums, their existence very practical.“