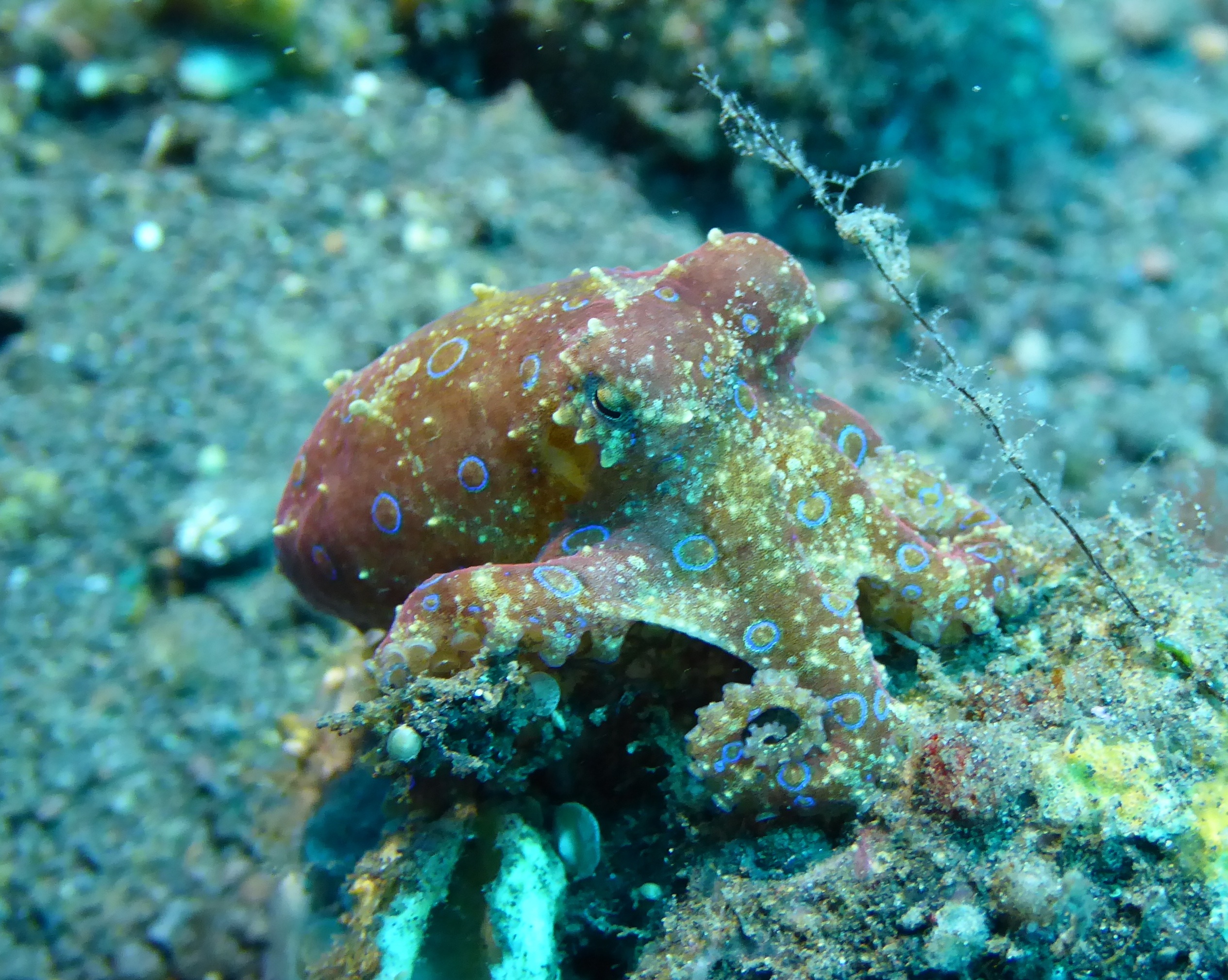 There are thoughts that one would love to get rid of, like those of all the killings that are committed on a daily basis. 100,000,000,000 living beings fall victim to us every year. An unimaginable number of living beings that could live. Bred just to be murdered. For our enjoyment. For our amusement. For our purposes. And none of these reasons is really compelling. But one cannot go back behind thoughts once thought, just as one cannot go back past experiences. Involuntarily, Martinique pulled Christian’s arms even closer, as if she was afraid that she would have to be lost otherwise, in this new day that invited her to be awake. Also, attentive. He gently kissed her on the forehead. It was good that he was there.

„I dreamed I was a mermaid, a curious, adventurous mermaid,“ Martinique began to tell.
„All in real life, just a fishtail,“ Christian interjected, but Martinique studiously ignored it.
„The whole ocean was my playground, and most of the mermaids and -men stayed in well-known, not-so-deep regions, but I wanted to discover the depth, in all its facets, and I was convinced that it was deep down where the sun never came, it had to be particularly exciting, and so I swam deeper and deeper, „Martinique went on to say,“ It also got darker and darker, so I paused to get my eyes used to the twilight when I suddenly felt softly touched, and at first I flinched, but even though I could not see what touched me, I was sure it was a benevolent touch, gentle and tender, I had no reason to be scared. So I stopped, soft, long tentacles wracking my arms, my tail, suckers sucking my skin, tasting them to see me, no doubt an octopus, a female octopus. Finally she showed her head. It was about the size of a melon, gently curved and mottled brown. Big, clear eyes looked at me. She was completely relaxed and I felt the closeness in the encounter. As different as we might be, it seemed to me that we were in intimate, familiar communication. There was no need to say anything. She tasted my empathy the way I saw hers. Sensitive beings who seem so alien to us and who we think that they must therefore be frightening. Too bad for anyone who has not had such an encounter yet.

We think it stupid because we know so little, because we are not ready to engage in the encounter in a way that will do justice to both, without reservations, without prejudice, just let it happen. Just as we should do with our own species, and yet refrain so often. Octopods are incredibly multitasking. They coordinate their arms. They can use thirty to fifty different patterns. Within seven tenths of a second change the color, pattern, and texture. They learn, think, decide and remember, and at the same time a flood of taste and tactile information collapses upon them. Add to that the visual stimuli that provide their well-developed eyes, very similar to ours. In contrast, they can move both eyes independently. Like a chameleon. You can also see with the skin because it gene sequences were discovered that usually form only in the retina. Their siphons are also exciting. With that they push out water. Actually, they are used for locomotion and breathing, but they are also used to flush something away or to play. And now I was in intimate contact with such an impressive being. Involuntarily, I reached out, slowly stroking her head. Quietly she stopped and let it happen. Like velvet, her skin felt soft and comfortable. I do not know how long we stayed like that and talked without words to each other when suddenly we were broken rude and the octopus lady quickly withdrew into her cave. „
„What happened?“, Christian showed interest.
„You had happened!“, Martinique replied with mock annoyance, „you were a pretty handsome merman and you came swiftly swimming towards me, you whispered something about the fact that you had finally found me and you had sought me forever and I damned him Once again, it should not be so unreasonable, because down there it is so dangerous, and that you had the job to get me back as soon as possible. That’s why you grabbed me roughly on the wrist and wanted to pull me along with you when I still succeeded me To get out of your grip and swim away, ‚Catch me, if you can!‘ Was my request, and you had to swim with me after all, since you had an assignment, ‚Well wait, you little beast!‘, You said still, when you started the chase, it was a game for me, and finally there was something going on down there, and I kept swimming, getting deeper and deeper, you were close to the tip of my tail. Suddenly I felt something holding me. I could not go on swimming. It was just everywhere.“