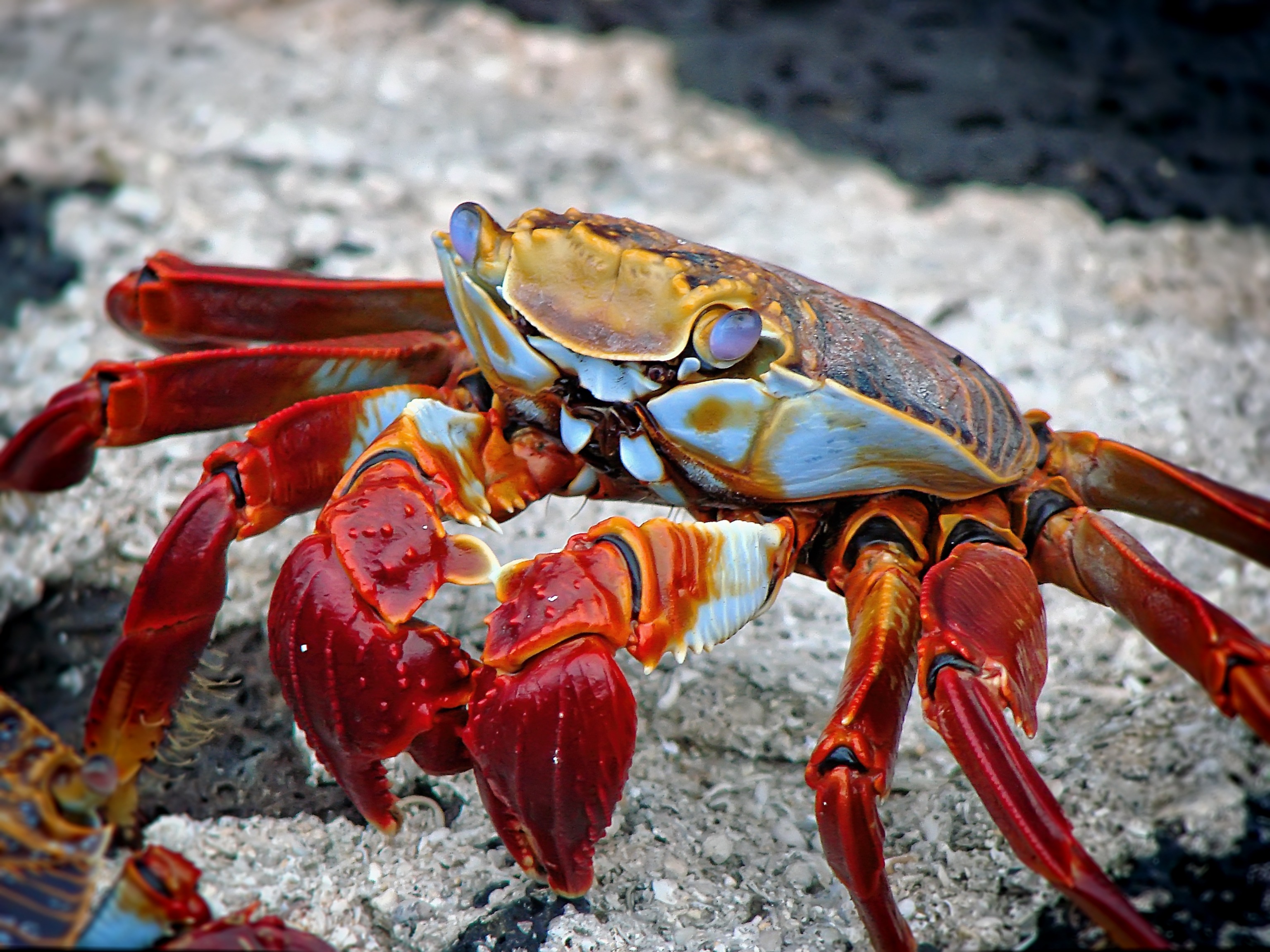 „Quiet, it’s all good,“ Martinique heard a familiar voice that came to her from far away, as she could not grasp the meaning, only the intention, „You’re safe, nothing can happen to you.“ Slowly she came to herself as she felt Christian’s hands, the one that held her, the other, which gently stroked her forehead, her cheek. It was probably still in the middle of the night, as she saw him only dimly when she dared finally open her eyes.
„I dreamed,“ Martinique said shortly.
„I thought so,“ said Christian, and she sensed the concern in his words, „you cried and trembled, it was bad.“
„I’m sorry,“ said Martinique.
„It was bad because I could not do anything,“ said Christian.
„But you did something, you held me, you comforted me,“ Martinique explained, but it was not enough, she knew that, so she continued to take him into her dream and fears because she knew that he could stand them.

„I was a crab girl who had accepted a gentleman’s offer to move into the cave he had set up for her, because if crab maids unite with the opposite sex, they must discard the shell, making them completely helpless. Defenseless and unprotected, did you know that? „
„No, I hear that for the first time,“ admitted Christian, „and the crab boy left his girl?“
„No, not at all,“ said Martinique, disclaiming Christian’s thoughts, „On the contrary, he has been protecting her all the time, as if it were about his own life. Actually wonderful.”
„Actually,“ Christian agreed, „But what was so bad then?“
„That was just the beginning,“ Martinique said, „Anyway, this time passed and I left the cave to continue my normal crab life, to eat and then gradually lay eggs. So far, so good, but one day, there was this crab trap that I promptly went in. How could I have known that I could not get out of this? After some time, I was taken out of the water along with the trap, now they would see their mistake and release me again. I was convinced about that. They took me out of the trap, but instead of releasing me, they wrapped my scissors so that I could not move and threw myself into a box with many others, I do not know how long in I was in this box, but there was nothing to eat and no water, at last the hunger was so great that I thought I would have to die, because at last I was taken out of the box again, and when they threw a pot of simmering hot water, I wished I had actually died before. Slowly, the heat ate through my body. It seemed like an eternity until I had died painfully. „
„Now I understand,“ Christian said, only to embrace Martinique more firmly and emphatically in his arms, „Living, sentient beings that expose people to unimaginable, unnecessary torments.“
„I was the crab and it was my fate,“ said Martinique, „but why does not anyone see it, just because a crab cannot scream?“
„If the same thing happened to kitties or other animals, then people would have jumped on the barricades right away, but a crab that is as far away as if it were a thing, without a life, without a sensation.“
„The more different a living being is from us, the more our empathy, our ability to feel compassion fades,“ Martinique concluded.
„It looks like that, and it’s still a delicacy, and if you can afford it, then you’re one of those who have success and money,“ said Christian, „and obviously, it’s also people they have tanks that they never take off, but entrench themselves behind them.“
„So no one realizes they do not have a heart under the shell,“ Martinique added, „otherwise you just could not accept that as if it had to be that way, it would be very different,“
„In Switzerland, it was forbidden to throw lobster anesthetically in hot water,“ Christian said.
„Well, this is a first step, but I do not understand that it is necessary to ban such practices altogether, rather than people doing it on their own, avoiding suffering that is not necessary to let live, wherever it is possible, it would not need more,“ said Martinique logically consistent.
„Stop eating lobster would be the message,“ said Christian, „and one can only hope that someone will hear and act accordingly.“

Once again, his hand stroked her cheek, cooling her fevered forehead, drying her tears until she fell asleep again.