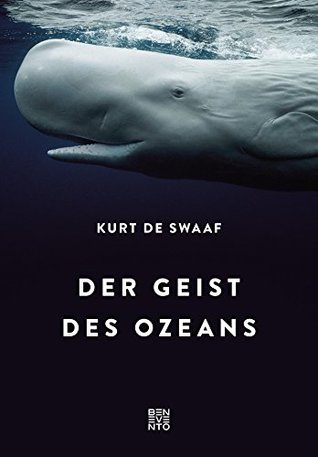 Martinique and Christian, armed with leaflets and lots of information in their luggage, moved from one dolphinarium to the next over the next few weeks. Maybe they could help inform people about the background, so their concern. Acting together for one thing, for something that can help lessen the suffering of a sentient creature, that was something very special. At least Martinique felt that way. Not being alone, even though more and more people found themselves infected, it was a bit different when someone was there to put her head on a shoulder, to be hugged and to hold on to him, despite or because of the mourning. On that day, they were standing in front of the Dolphinarium in Duisburg and had already distributed many leaflets, as the stream of visitors abruptly demolished. It would be closed in a few minutes for this day.

„Do you know the story of Physty, the young sperm whale?“ Martinique asked abruptly.
„No, I do not know,“ Christian admitted, „Tell me!“
„Besides Moby Dick, he is arguably the most famous whale, at least in America,“ Martinique began, „It happened on the night of April 16, 1981, a few days before Easter, when the sea took on this young sperm whale, diseased and disoriented ashore at Fire Island Inlet, Florida, experts and onlookers arrive to bring the weakened whale to Robert State Park, a small marina, and the veterinarian is diagnosed with pneumonia. Treated with antibiotics made in squid, he gets well again, and when he feels fit, he wants to go out into freedom, he’s fine, the stress level is zero, but he wants to go back to freedom think that’s very significant. „
„Yes, that goes without saying,“ replied Christian, „And all in all a nice story with a happy ending.“
„Oh yeah, a nice bedtime story,“ mocked Martinique, „Not that I was not happy that people reacted that way or that the whale was rescued, quite the opposite, that’s nice, but it’s something else what bothers me.“
„And what exactly could that be?“ Christian asked.
„Throughout the ages, hundreds, if not thousands, of people showed interest in how the whale fared, and the media reported on it, and most recently, with great cheers, they were released into the wild. Martinique began to explain her thoughts, „One whale, and all feverishly in. But during that time, thousands of species die outside in the sea, and it is the fault of all these thousands of deaths, whether they are trapped in large trawls and drowned or be cut by a boat, be it because of the sonars on the ships becoming deaf or just being slaughtered because it’s just funny, that does not affect anyone, nobody says, we absolutely must save them. A lot of effort is made to save a single whale, while the cost of protecting thousands is comparatively low – and that’s a little bit perverse. „
„You can call it a pervert, but you could just call it a characteristic that all mammals have,“ Christian said thoughtfully, „We’re not in a position to imagine a suffering that is so far away on the one hand and that concerns an anonymous mass on the other hand. But this sperm whale, people have looked into the eyes, we are just not capable of emotional abstractions. „
„But you also claim that humans are not able to operate global politics?“ Martinique replied.
„He is not able, or at least the vast majority, to look beyond his own nose,“ confirmed Christian. „That’s why he’s so easy to wrap up and manipulate, only the immediate touches him, not the things, that are outside of his surrounding otherwise he would realize that protecting the great marine mammals, protecting the oceans from overfishing, and much else ultimately means his own protection, but to understand that, he would have to think further, but he does that not often. And that’s why it’s important to tell such stories, over and over again, about Physty and his family, about his life and about his homeland, that’s understandable. „
„Then I will continue to tell,“ said Martinique. By now it was dark. Arm in arm, they left the place of their work, „By the way, who owns the sea at all?“