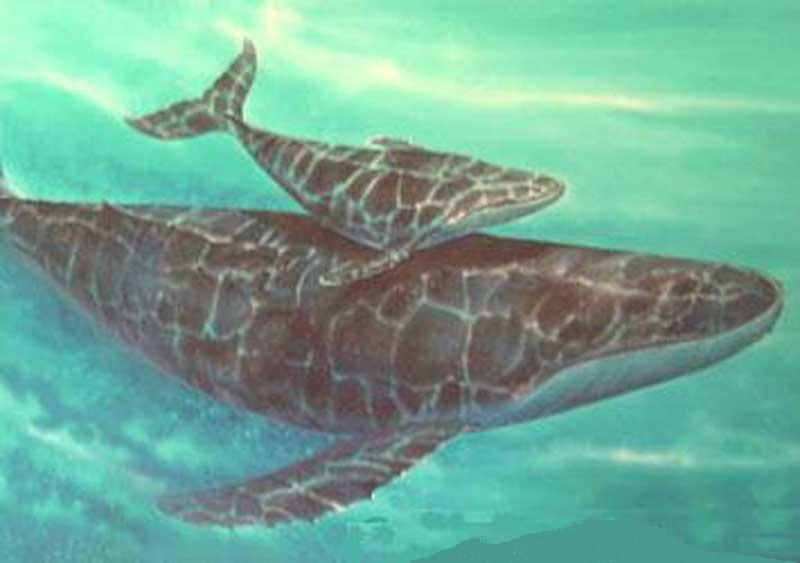 Martinique was led by Christian, in a part of the world, which most people would probably call inhospitable, and yet was populated.
„People are so incredibly adaptable,“ she stated.
„Adaptable and scary,“ that’s probably true, he replied with a shrug.
„What do you mean?“, She asked irritated, considering the seemingly untouched landscape and the peace that reigned around her, here on the coast of Alaska.
„Do you see the whales swimming there?“ He said, as if he had not heard the question. She stared hard at the surface of the water, and just then they were able to watch a breathtaking spectacle as a whale rose from the water and jumped into the air.
„How beautiful,“ she whispered, enraptured by this wonderful naturalness, in which life showed itself in its abundance.

„People have settled and had to feed, dress and heat,“ Christian began to say abruptly, „But you cannot grow anything in this area, so they went whaling and a whole clan killed the whale, but they used it all and were able to survive like that – the Inuit still live this way today, but they only catch as many as they really need, but other countries hunt, for fun, out of sheer lust for killing, a massacre, a mass murder.“

„But I thought that there was the International Whaling Agreement, in which countries are committed to no longer hunt whales?“ Martinique asked abruptly.
„Norway, Japan and Iceland do not support it,“ he replied imperturbably, „But that’s not even the biggest problem – many thousands of whales die because they get trapped and drowned in modern trawlers, and even if they can tear themselves away. They often cause serious injuries, and we also find kilos of plastic garbage in whale stalls, which pollutes our seas, heavy metals, plant and insect toxins, and feeds them into the whales, making them more susceptible to disease

In addition, there is the destruction of the ozone layer, to which the plankton reacts sensitively, the radiation increases less, and the food supply for the baleen whales decreases considerably, and the hyperacidity of the oceans is due to the increased uptake of carbon dioxide that global warming is counteracted by the warming carbon in the atmosphere decreases, but with water CO2 reacts to carbonic acid, which disturbs the construction of the limestone skeletons of various algae and microorganisms on which the whales depend.

Strong sonars of military and geological, blasting and shipping traffic are generating more and more noise in the oceans. As a result, the orientation and communication of the whales, who use the biosonar, is disturbed and causes them to panic. It releases blood-bound gases that block the vessels and cause the whale to die.“

„Wherever humans appear, whatever they do, in the end there is always death and misery, they manage to turn every sphere of life into a great slaughterhouse,“ she said, and the pain was not denied, „I do not understand. Human is a mammal that can feel safe in the group and destroys families wherever they appear, simply because it is not the same species, far away from under the sea surface, where whales play and nudge one another They almost say that they kiss, where babies are born and the mother is assisted by a midwife, that the baby can do his first breath on the water surface in time, if they whip up the water or jump up, just like that, and no , he cannot stand it, the happiness and freedom of another. Gentle giants who just want to be there, nothing more, we can ot leave it, subdue the earth is the only sentence that counts. Only of annihilation was in it no speech.“

„It’s the hatred that divides, and the love that heals, pragmatic and practical,“ Christian said, wrapping his arm around Martinique’s shoulder, focusing her gaze on the whale’s spectacle. It may be.