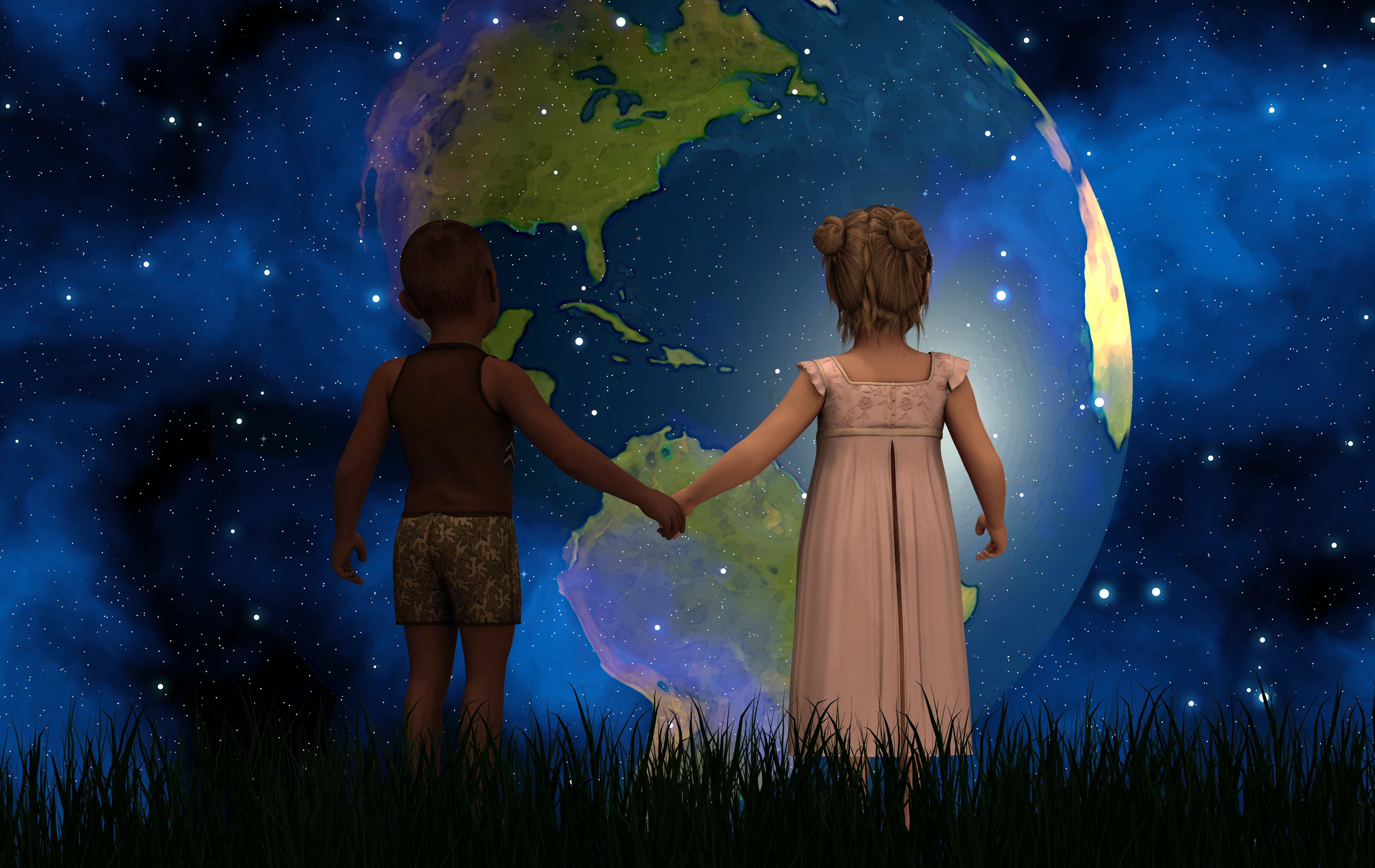 Christian held Martinique’s hand gently but firmly. Involuntarily, she intertwines her fingers with his. One of his fingers followed one of her fingers so she would not lose him because she did not know the way. It was not necessary. She was sure she could trust him.

„Do you see?“, He asked her, as she was still immersed in a before from which he wanted to bring her to him.
„Yes, I see,“ she answered softly, realizing that he had led her to where the ice never melted or should never melt. The rising sun made the snow crystals sparkle, and although they froze, they felt the invigorating warmth, that of the star and their togetherness, „Yes, I see,“ she repeated, entranced and lost at the same time.
„It took thousands of years for the ozone layer to be built around our earth, and it took us only decades to destroy it, and then the ice and snow will melt, sea levels rise, leaving vast areas of the coastal landscape uninhabitable Do not wait much longer, so look, as long as it still stands,“ he told her, causing her to shiver involuntarily.

„And it all seems so peaceful, so uninhibited, indomitable,“ she whispered, as her eyes wandered on, over the snow-capped mountains, „Nothing indicates that it could ever be anything but now.“
It’s not true, it’s all right, you do not notice anything, it’s happening fast, but still so slowly that we’re lulled to safety because we want. It does not matter, then everything fits, it scares us, as long as we get up the next morning, everything is like the evening before, then it cannot be bad,“ he explained her.

„Although you cannot see the wounds, because the snow is still there and the flowers are blooming, because we still find the way to go, it’s not a war as we know it from TV, and yet it is War, where we destroy our own livelihood,“ she said thoughtfully.
„Everything seems and nothing is, but what to do with being, if the illusion seduces us to such a pleasant illusion. Everything is good, everything will stay fine, if it tells us, and we are only too happy, so that we are meant to believe it. What’s more, we ask it to be believed, not only by us, but by others as well, and those who do not stick to it will be silenced,“ he said, as the gaze went deeper and could not be fooled by appearances.

„And the idyll lives on, because the trees are still standing, the ones we left standing, because the water gleefully ripples away, the one that we let rippling, for a little while, still. if it gets harder and harder, but if we find it then it cannot be anything but all right,“ she went on, and it was not easy not to be deceived.
„It’s old and worn, idyllic jokes, sleight-of-hand tricks, even though the foliage of last fall is still there, death is omnipresent and suffering is more, an absence of life beyond death,“ he warned his eyes were not beguiled.

„It makes you want to feel the sand under your feet and let the gentle waves of the blue shimmering water around your ankles make you fantasize about coral reefs and lush vegetation, colorful fish and jumping dolphins,“ she mused, as the water was so crystal clear was that you could think, everything should be open.
„It invites us because we have learned to see the beautiful and to banish the other that might disturb the illusion, but it is not enough to rest on it, even destruction is part of life, but so too construction and becoming, only when this cycle is broken, life is decoupled from itself, „he said, and it sounded like an inconsistency.

„Do you see?“, He asked her, as she was still immersed in a before from which he wanted to bring her to.
„Yes, I see,“ she answered softly, as he had brought her to him, and while his hand gently stroked her cheek, he believed her.
„As long as life can focus on itself as long as love incites us and makes us look, not everything is lost,“ he said firmly. And she knew he was right. And so she decided to go on the way, wherever he went, for with his hand in hers was all to endure, even the absence of life.