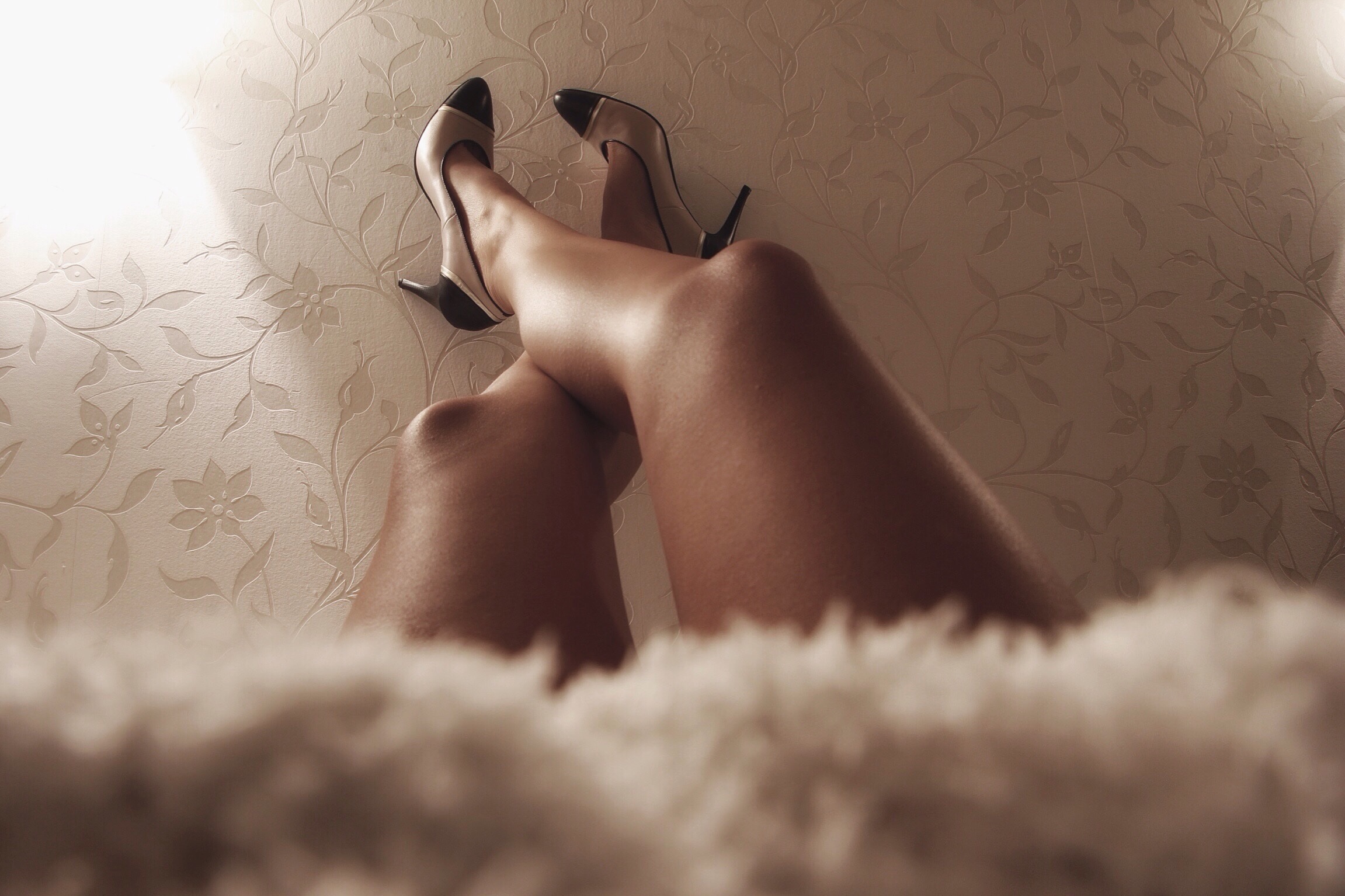 Warm and soft, his lips felt on hers. His beard tickled her. A little. Involuntarily she had to smile, which brought him to a stimulating thought. Abruptly he sat up. She wanted to do the same, but Christian did nothing more than press her hands on the blanket, gently but emphatically. Martinique would not be so easy to lose. At least that’s what she meant, as she clasped the hands, those broad, strong hands wrapped with hers and pushed away from her. At least she tried, but she could not move them, not a millimeter. But she did not want to give up that fast. She gathered her strength, tensed her muscles, and pressed against his hands as best as she could, but that did not even cost him a wink. Then she realized how right he had been. She had no chance against him. In fact, he could do whatever he wanted with her. So she released the tension and seemed to submit.

Slowly he let go of her hands. She used this opportunity to sit up, or at least she wanted it because as soon as she took off, he had grasped her wrists and pushed her back. No rearing and no kicking, no grumbling and no whining helped. He remained inexorable. Finally she gave herself up. Although he could do what he wanted, she was convinced that he was planning something that might appeal to her. Spirit of contradiction and curiosity had fought together, and curiosity had won. He looked at her searchingly, as if he could read in her eyes if she was up to something or not. Was she really that easy to see through? Or was it because he could read her without a single word?

His fingers slid over her dress as if to convince himself that the image that appeared to him matched with what he felt, gliding down her shoulders, down her ribs, waist, hips, legs. Tender hands on delicate nylon. At most, he thought automatically. Many years of experience supported this assessment. But not only these, but even more her reaction. A pleasant tingling pulled through her body and expressed itself in a tangible goose bumps. Fine hairs stood up and increased the tingling sensation. A touch like a breath. Wind breath, which swept over her. It was nothing more than sliding his fingers all the way to her feet. Slowly he stroked over it before he took it and began to massage. It was pleasantly relaxing until he happened to touch that little spot between the balls of the toes and balls of his feet. She laughed briefly.
„Are you ticklish?“ he asked with interest.
„No, I’m not ticklish, not at all,“ she tried to argue, then added quickly, „you do not even have to try it.“
„So you think I should try it?“ he sat in amusement.
„You can calm that down, but it’s a waste of love,“ she interjected.
„Then nothing can be,“ he said. Their objections did not impress him in the least, for he had heard that before. So he strengthened the touch in the spot where she first laughed, and in fact she laughed again, bright and clear. Once, until she was shaken by laughter until she could not stop. The ribs started to hurt.
„It’s good, is good,“ she pressed in between, „you can stop again.“
„How come? Where you are not ticklish anyway?“, he mischievously countered,“ Or maybe you are a little bit? „
„Not at all,“ she insisted obstinately and against all empirical evidence.
„Well, then it does not matter if I continue,“ he remained relentless, precisely because of her stubbornness. Why could not she just admit it, he thought as his hands ventured further, away from the feet, to the inside of her thighs, where the stockings leaked into nude facts and the skin was particularly tender, so that the stimulating effect of the soft, thin nylons and the sensitivity of the skin mutually reinforced so that she held her ribs out of laughter and her tears rolled down her cheeks, before she straightened again and slipped into another fainting.
„No, she is not ticklish,“ he repeated again. But only for himself, because his words did not reach her.