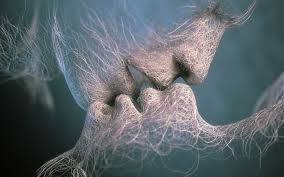 Christian felt a little helpless. It had been a spontaneous decision that he caught her and took her home. Maybe not even a decision, but an instinctive approach. Only now, when she lay on his bed, did he realize what he had done. What if she woke up and said he had kidnapped her? What if she thought he had other things to do with her, against her will? You could not be too careful today. On the other hand, she looked so fun-loving, so carefree, as if there was nothing bad in the world. And indeed, one believed in her presence again to believe that there was good, despite everything. And not only that, you could not help but behave accordingly. That was probably what had caused him to act so headless. Like an angel whose wings had been trimmed, she appeared to him. She gave him reassurance and confidence, even now that she was lying so quietly on his bed, and the only sign that he knew she was still alive was the raising and lowering of her chest. It was too late for a backlash. Martinique had confided in him, but he too.

Carefully he sat down on the bed next to her still motionless body. Involuntarily, he put his hand on her neck so that he could feel her pulse. He felt calm, even strokes. It might as well be that she slept. Did she notice, but as he stroked her, she noticed her cheek, her neck, her shoulders, her slender hands? Through the impotence or the sleep, to reach them in his touch? She was completely helpless in this condition. Bar of any power. Delivered. Actually, he could do whatever he wanted with her, whatever he liked. But that was exactly what made him want to protect her, to house her and do her good. As if he could not help it. Like a knight facing his princess. That’s how he wanted to be. It was like a promise he would not have made from anyone but himself. Lost in thought, he took his hand away from her and put it on her shackle. He knew the feel of nylons on bare skin. Tingling, it passed through him. It was like a promise, a concealing and exposing at the same time. Foreboding and not completely revealing. Slowly he ran his hand over her thighs until he reached the conclusion of the stockings. Beautiful were these legs, well-proportioned and strong. The dress slid higher so that he saw the bare skin. Or was he the one who postponed it?

His hand and thoughts were lost in touch. She felt tender, tender and warm. Then she let out a groan. Irritated, he looked into her face, where her eyes closed again. Apparently, she had led his stroking from the powerlessness, just to put them into another fainting. His effect on her was much more intense than he had ever imagined. Of course, he had already seen women who had fainted, also because of him, but from one directly to another, he had never experienced.

Gently, he put his hand on her neck and raised her head slightly. All doubts were swept away as he leaned over her and kissed her. Warm, soft lips on his felt as the life and the mobility returned and she put her arm on his back, to return his kiss, pulled him closer, while her tongue parted his lips and joined with his. No more thought, no hesitation, only following the desire to kiss, to press against him and to feel.

Invulnerable is only the non-lover, but he pays it with aliveness. The venture is life itself, the challenge is overcoming. That’s why he closed his eyes. Whatever happened, it would be good. To admit, to let go, to let go, to admit – since she embraced him, not only with her arms, but with all the power of her presence. Why is it so strange to love? Why is it so outlandish to live? In all simplicity, it’s easy to do, without reservations, without backing. Because it is the same and there is no substitute for being. So that was enough. Actually.