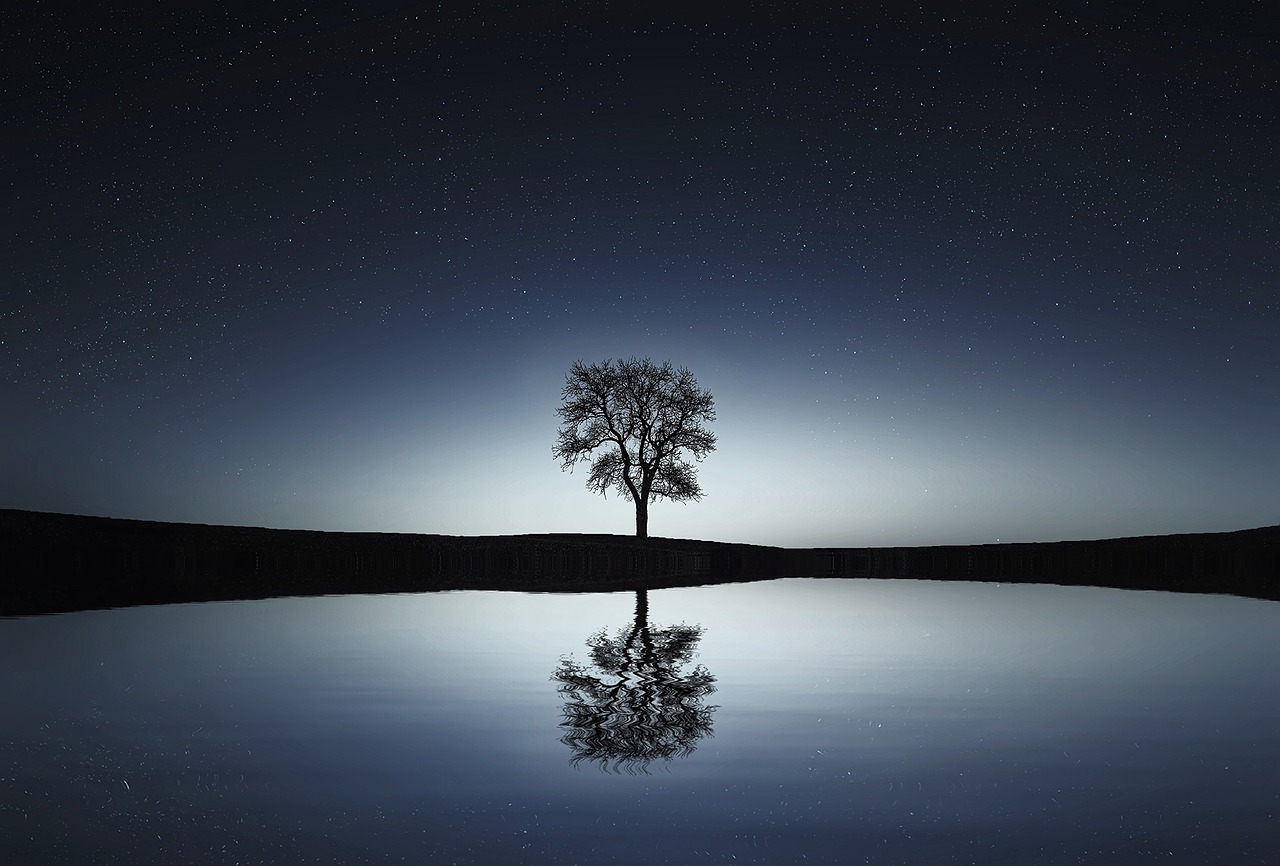 Maria was bumpy and unfocused that day. Again and again something fell from her hand, as if her hands were not related to the person to be touched. She even poured the hot tea-water over her hand. Then, for a very long time, she stood by the tap and cooled the scalded place with cold water. She had lost her balance and an inner turmoil did not allow her to stick to it.

„It sets you up,“ said Uwe abruptly, between the flow of water and the hiss of the kettle. Confused, Maria looked at him as if she had not understood. She went through the sentence a few times. Actually a very simple sentence, but the meanings messed up. The words found no connection, as if they had been indiscriminately cut out of various newspapers and carelessly put to each other. Only gradually did it come back, understanding.
„What should happen to me?“, asked Maria, who was also not sure if Uwe’s sentence was a statement or a question. How can one deal with a sentence that one cannot interpret?
„The argument with your mother,“ he explained calmly and objectively.
„That was not an argument,“ replied Maria irritably, „because there is nothing to dispute. I’ve told her my opinion and forgiven her for her selfishness. I do not really care that she does not understand me. “
„No, you do care,“ he said firmly. „It bothers you because you could not explain to her what’s important to you. Basically, you wish that she understands you and gives you your blessing. “
„I do not need her blessing. I know very well what I do. After all, I’m old enough,“ said Maria defiantly.
„It does not matter how old you are or how sure she is your mother. This is a very unique relationship, „Uwe replied patiently.“ Is not it true that you’ve tried to please her all your life? Did not you want her to be proud of you, to recognize you? You cannot just put it off one day and pretend it does not exist.“
„And what should I do in your opinion? What she wants?“, asked Maria irritably.
„No, not that, but if you admit it to yourself, then you have the ability to deal with it and bring about a reconciliation with your idea of ​​you as a good daughter and as an independent person,“ said Uwe, „A reconciliation that truly frees you and not just a temporary oblivion. You may be fooling yourself, but not lying to yourself in the long run.“
„A reconciliation, yes I would wish that,“ said Maria thoughtfully, „A reconciliation. Why is it so terribly hard to leave the child behind, to be free for one’s life? “
„There are two reasons. The first is the loyalty that one believes to owe to one’s parents by fulfilling their expectations. And these expectations are unfair, as long as they do not promote the life of your own child,“ said Uwe. „The second reason is that we always ask for the love of our parents, especially if we did not get them unconditionally. We learn that we have to meet conditions to be loved, and it is difficult for us to free ourselves from this idea. Also because we rarely recognize it. But true love is unconditional. Once conditions are established, it is no longer love but a trade. You do that for me, then I do it for you. “
„So that means that my mother never loved me, just used it for her own purposes?“ Maria asked sadly.
„Probably unaware. Perhaps she has never learned otherwise and could only pass it on,“ Uwe explained, „because it was not that she was loved again only if she met her mother’s ideas, if she was the brave, good, kind , well-bred girl was? An idea against which she has never rebelled and which she unquestioningly accepted, to the last consequence?“
And in Mary’s head came a picture, a picture of her mother sitting on her chair, waiting for her mother to tell her that she was doing well. Even then, when her mother, Maria’s grandmother, had not lived for a long time.

„It was like always wanting to please her, as if expecting someone to come in and nod in agreement at a moment’s notice, saying that she was doing well,“ said Maria lost in thought. „She was dependent on this encouragement, which never came. Never again. Instead, everyone turned away because they did not understand. I as well. It was the wrong way. Now, when I see it that way, I wish I had just told her. Maybe I could have gotten her out of her lethargy, you’ll be able to take a different path, but it’s probably too late now. I have never really seen her. I’ve been listening too much to what she said, not what she meant. So it’s my fault, my failure.“
„No, that’s not it,“ Uwe said decisively. „It’s not about guilt, it’s about understanding. Only when you see her as she is, you can understand her actions, but she is responsible. You can approach them differently, if you understand, but also the responsibility you have imposed on you for her, leave behind you and concede that it is not your job to live their lives and to make them happy. You can finally lay down this burden, which is not yours, and move towards it more freely. You can meet her as she is.“
„Still, it hurts, it hurts as if I lose something, cut something in half,“ said Maria softly.
„Of course it hurts. Leaving behind something that has been held on for too long always hurts, but the pain leads to a new possibility. Only when you can stand it, you can start over. Contaminated sites obstruct the view of the now. If you can get rid of them, it will lead to something new,“ explained Uwe.
„Will you be there for me?“ Maria asked uncertainly.
„I’ll be there for you,“ Uwe said firmly.
„Even if I’m weak and vulnerable?“ Maria asked.
„Especially when you are weak and vulnerable,“ Uwe answered.

Gently, Uwe embraced Maria, and for the first time in a very long time, she dared to just give in to his arms, his hold, daring to be weak and vulnerable without fear. Slowly she left the restlessness and the peace entered into her heart and into her thoughts. If she had made it herself, she would be able to approach her mother and explain to her what she was just beginning to understand. Then they would find a way to each other if their mother wanted that. If not, then at least Mary would have tried everything and could reconcile with herself and find consoling words for her inner child. Then peace would reign.

Perhaps that was the message of Christmas, that peace begins to close it to itself. And the weaver wove away, also on this evening, the evening of the twenty-third of Advent.