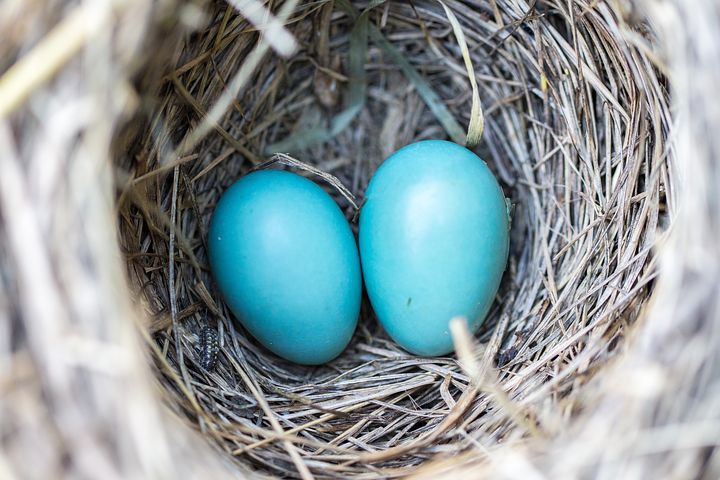 „I have the impression that you are taking your responsibility out of the way,“ said Uwe to Maria on this new day.
„How do you come to this?“, Mary replied evasively, „I’m doing everything that can be done.“
„No, I do not mean that, and you know that very well,“ replied Uwe. „There’s your car now, and your cell phone and laptop are in it. You have not telephoned, e-mailed or otherwise done anything for nearly three weeks. “
„There’s plenty of time,“ Maria tried to minimize, supported by a dismissive gesture.
„If you make a decision, or hit better, then you have to live it too. Otherwise, the things that are not done will always catch you up,“ said Uwe, „and above all, it’s important to leave everything in order. But who knows, maybe you just will not do it because you’re not sure yet.“
„Of course I’m sure!“, replied Maria violently, probably a little too violently. She felt caught in negligence. But she knew it would not be easy.

Throughout her life she had tried to please others, not to offend her, trying to meet the demands others made on her. First the spoken and later the unspoken ones, so much had she pursued this goal, that at some point she no longer knew whether these were the demands she placed on herself or on her from outside. Somewhere between the desire to please and the execution, her own will had fallen by the wayside. Here she had found herself and her will, but Uwe was right, she had gone here without really having found a conclusion to her old life. Actually, she still behaved as if it was just a holiday, a stopover from which she would be strengthened and enlivened, but simply return to her old life after the passage of time. Even though she was sure she wanted to stay, that there would be no return, she shuddered at the thought that it would.

„He has always praised and supported and protected me so much,“ Maria tried to explain.
„Who? Your professor?“, asked Uwe back, „It does not really matter who he praises and supports and protects. Do not you see that you are nothing to him but a trophy that he carries, like a hunter hanging the antler on the wall? Do not you see that the only thing is to polish up your own ego? It may be that he is disappointed for a moment, if at all. More likely, he shrugs his decision and immediately looks around to find a new showcase student to use for his own profiling. “
„Do you really think so?“ Maria said flatly, knowing that he was right, „It’s never about the person, only about success and position and office. How have I wasted my life yet?

When I went to an event, it was never about the event itself, I mean a party or opening or vernissage. I always chose the event after who would be there, with whom I could network, as it was called beautiful. That was the magic word. They did not make friends or even make acquaintence, but they networked with people who could benefit from their network, relationships and acquaintances, their influence and their position. And when you were in company and you saw someone, you did not ask who that was, but just what he did and what he did for an influence. In the contact lists that you created, this benefit was accurately recorded. And then you used these contacts to get even more out for yourself. It’s never been about humans, and I finally want it to be about humans, that it does not matter if it’s a hermit in the forest or the mayor of a megacity, a simple worker or the boss of a huge empire, so long you understand yourself and you get together on a human level. I cannot go back, because in the world in which I moved, that was just not possible and never will be possible. “

„Then it’s time,“ Uwe said softly.
„Then it’s time to finish and not run away from the responsibility of a decision,“ Maria said firmly, and as soon as her job was done, she got her laptop and cell phone out of the car.

She spent the rest of the day drawing a line under her previous life, and she realized that it was not that easy, and the easiest way for her to drop the mail to her professor was to finally admit that that she was no more to him than the function that filled her. It hurt, but a pain that you live can also lead to healing, otherwise it smolders forever. At last her eyes were clear and unclouded. The people she left behind no matter who, no one left a trace in her, none of them could grasp. Did any of them ever play a role? Did she ever play a role in her life? She also left these questions behind, because it was no longer relevant. She did not want to be important anymore, just live more. When she finally closed the laptop and could actually say that she had arrived, because she could not leave open the option to return, now she was free for the liveliness of being here. It was as if a heavy burden had fallen away from her, which she had dragged along for no reason.

„But what about you?“, she turned to Uwe, when she was finished, „What about your conclusion?“
„I did that before I left,“ he explained, as if it were the most natural thing in the world.
„But how was that possible? How could you know?“, Mary asked in surprise.
„You never know,“ Uwe said slowly, „Only so much was safe for me no matter where I was, it was all better than what I’ve had, all better than life that was not mine , And I was convinced that I would find my place elsewhere. I have faithfully entrusted to fate. “
„Completely,“ Maria repeated softly, and with admiration, „Just in the blue, to confide. Did not you have any fear? “
„Of course I had it, but I did not allow it to dominate me, but hope and confidence would be greater than my fear,“ explained Uwe, „It’s not about not being afraid. We always have it, each of us, more or less, but it must never rule you, otherwise it will paralyze you so much that you cannot do anything. As long as hope and confidence are stronger, life will find a way.“

Gently and without another word, Mary laid her hands in the one of the man she wanted to confide in this life, in this life, into this life. Suddenly the path was clear before their eyes, which the weaving boat swiftly wove, and there the old way had leaked out, while the new one was wide enough for a common. And it was the evening of the nineteenth day of Advent.