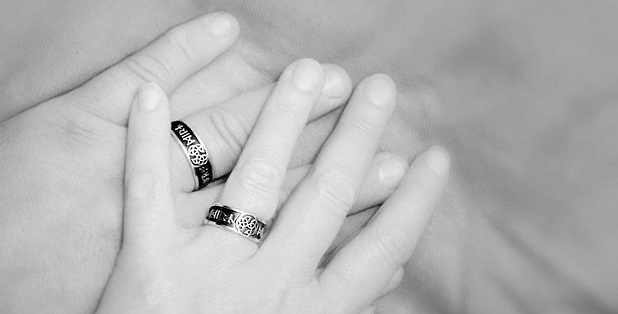 Maria now did everything she could never have done before. She literally got up with the chickens, or rather, with the wakeup call of a cock. When she opened her eyes and saw, knowing where she was, she was looking forward to the coming day, which did not differ much from the previous one, and which she could justifiably claim was unique, this one , only, this day. Now she had taken care of the puppies and put the house in order, and set out to follow Uwe into the stable, which had already gone ahead when a tractor pulled into the driveway, a car in tow. It was her car, and the tractor was steered by Luisl, the neighbor’s son. Maria stopped and watched as the fat lad turned off the engine and slid out of the tractor.

„Hello,“ he said to Maria, „I found the car and the mother said I should bring it.“
„That’s very nice of you,“ Maria said shortly.
„And then the mother said I should ask you something else,“ Luisl said as he turned the cap between his hands.
„And what did the mother mean what you should ask me?“ Mary replied suspiciously.
„If you do not even want to come to dinner,“ he said quickly, „because we are neighbors now and two farms next to each other, you can do something together with each other, since you are staying here now.“
„How did you want to know that I’m staying here?“ Maria asked in surprise that the people in the village evidently knew more than she did about her life plan.
„Well, people talk like that, and because you’ve been here for so long and take care of you and the Stone-pine-farmer is already old,“ the Luisl tried to explain, the situation seemed visibly uncomfortable.
„Really not that farfetched,“ said Maria, who had to call the conclusions quite understandable. Probably the doctor also had a lot to tell, and so one thing comes to another. When retelling is then still a little something added, add seasoning to it so to speak, so that the rumors were always tastier.
„So I can tell the mother that you’re coming?“, asked the Luisl, who would have loved to drive back as soon as possible.
„Because of the good neighborhood?“, Maria asked, who had decided not to let him get away so easily.
„Well, yes, but if two farms come together, then it’s more practical for everyone involved, because the land can be better managed and the animals can be put together, and so stop,“ tried the Luisl to squirm himself free.
„Does mother mean?“ Maria interjected.
„Yes, that’s what she means,“ answered Luisl, relieved that he thought Maria had finally understood it and he could drive again.
„Do you want to buy the farm from us?“, asked Maria instead.
„Why buy?“, dumbfounded and with big round eyes he looked at Maria.
„Well, because otherwise I would not know how the two farms should come together,“ she explained straight out, „I do not suppose that we should buy your farm. Or is it?“
„Nobody should buy anything at all,“ said the Luisl, who now felt extremely uncomfortable in his skin.
„But what should it be?“, asked Maria, as silly as possible.
„Well, that’s two of us, well, the mother meant that we two, that’s you and me, did she mean we’d get together and then the yards would come together, yes, and will you come for lunch now?“, he said, happy to have found another slip.
Instead of giving an answer, Maria turned her head towards the stable door, which was opened at the moment. Uwe came out and walked slowly towards her. After the men had been introduced to each other, Uwe also thanked Luisl for bringing the car, even if it was only because the mother had bought it.

„What about lunch? What should I say to my mother? „The Luisl persisted, less well because he wanted it, but because he did not dare to return home without an answer.
Maria thought for a moment, but then she put her arm around Uwe’s waist and said, „If my fiancée is allowed to come too?“
The big, round children’s eyes, which Luisl called his own, seemed to widen to the size of a saucer before he wordlessly turned and stomped back to the tractor.

„He’ll probably have to nibble on that for a while,“ Uwe said, laughing, as they watched the passing tractor behind.
„But probably more of his mother,“ Maria said, shaking her head.
„And all the other people in the village,“ Uwe added.
„Thank you for not contradicting,“ Maria said thoughtfully.
„Why should I?“, Uwe, who took her into his arms, „It was not necessarily a formal request, you’ve made me, but who will be so petty.“
„You mean you took that seriously?“ Maria asked in surprise.
„Why not? Did not you mean it seriously?“, Uwe replied, looking at her seriously and piercingly.
Maria listened to herself. Of course, she had simply been looking for something that could save her mother Luisl and the mother so present in her absence. The engagement had been the first thing that had occurred to her. Just a cheap excuse, she had meant at first, but was that really the case? Was it really the first thing that came to mind first because she needed an excuse, or because that was what was going through her mind anyway? Was it so far-fetched to tie together where they were about to bind themselves to a place?
„I think I meant it,“ Maria said evasively. „But what irritates me is that it’s so different from what I imagined it should be. I mean, everything is so fast and so surprising and sudden, and it would not have to be that way to test it first and see if it fits or something … “
„Maybe you should,“ Uwe said, „but maybe it’s the right thing to trust in yourself and your intuition. Why is it so difficult to trust one’s own feelings and thoughts?“
„Probably because it brings out things that would make you do it differently than anyone else, and we live in the belief that that’s what everyone else is doing, because the many cannot be wrong,“ he tried Maria at a statement.
„But ultimately it’s about your concrete life, not about any other,“ said Uwe.
„My life and my responsibility,“ mused Maria, „And yet I would much rather say, Your and my life, your and my responsibility.“

Together they went into the house, because they had a decision to communicate. Magdalena just smiled at them and took their hands, one from Maria and the other from Uwe, intertwining them. And the weaving boat hopped even more zealously than usual, for the way became broader, so that they could comfortably walk side by side, and it was now two weaving boats that weave parallel and yet unequaled. And it was the evening of the seventeenth of Advent.