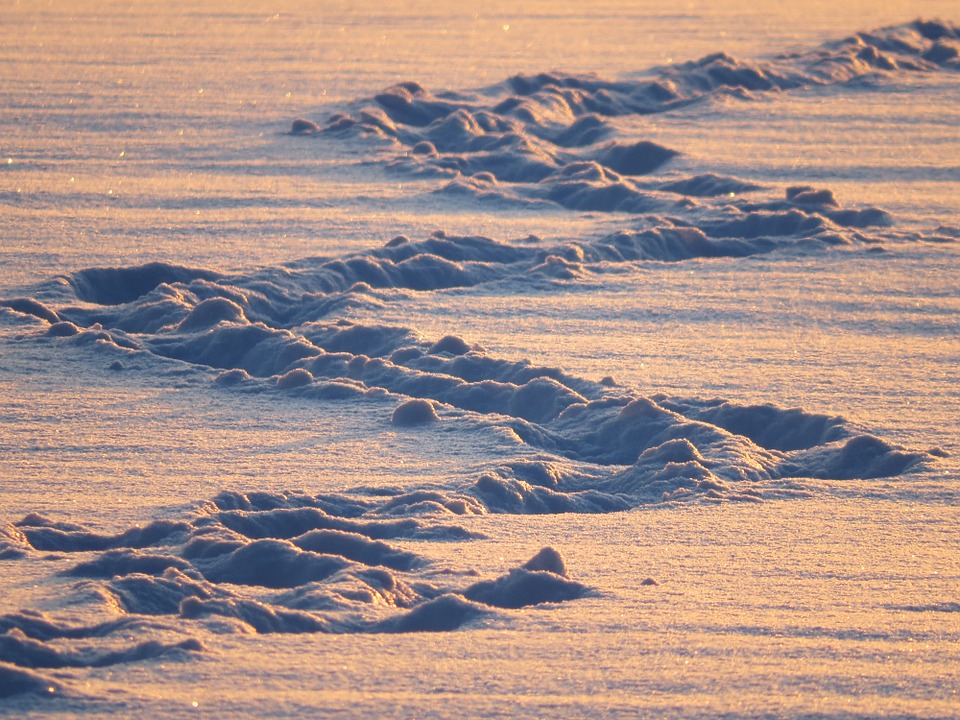 Maria had arrived. Not only did she enter the house nearly two weeks ago, but she was wanted here. At first, a part of her was still in her old life, because only to stay in one place does not mean to be there for a long time. Soon after, this one moved in, the part that had resisted being here. But why had it refused? Because we always depend on what we know, on what we have worked out and built up, whether it’s good for us or not. At some point we imagined it, and then, if we have it, then it cannot be wrong, it must not be. It is always hard to let go, because we are afraid of the empty hands, before the moment when we look at our hands and have nothing left. But then something new is put into us, somewhere. It is uncertain. Too unsafe. So surely safety and habit. But meanwhile, Maria realized that with increasing reluctance to leave, she was reluctant to do what she expected in the internship. It had been but a few days ago, what she had wanted the most. What had happened to her? Was she really so flighty and fickle that she just thought so and the next moment very different? And if she gave up this internship, would not she be terribly ungrateful? Ungrateful to the people who put all their hope in her, who stood up for her unreservedly?

„Only the best of the best get this chance,“ Maria still heard her professor’s words in her ear, „so I can count on you to do your best.“ It was not a question, it was an order.
„Of course you can count on me,“ Maria had responded pleasantly, „I feel very honored.“
„You know,“ continued the professor, but for the first time he stepped down from his desk, where he used to sit opposite students, and turned away from her, toward the window, as if he did not want her to look at him as he did this said, „I would have given anything to get such a chance. The only thing you can do now is get the right people in the right place to work for you. I was not granted this luck, so it took me many years longer to achieve that. “
„And I’ve worked it out,“ Maria wanted to say, but she bit it down. Instead, she heard things like „Life is often unfair“ or something similar. But as hard as she tried, it was not her dream, and it was not her dream. Only now, a few weeks later, did she realize that her benefactor had not been concerned with her, but that she should realize his dream on behalf of him. Maria felt betrayed and abused. Abuse of her life for another. How much gratitude is exploited. She would forever be grateful to him. To be forever in his debt, even though she did not want to. But what did she want then? Maybe she had been so ready to agree because someone was taking the burden of thinking what she wanted. He had just given it to her and she had snatched it like the dog after a bone, but she still had time to think it over. She had time to delay the decision, and she paused in the middle of the movement.

„Why cannot time just stop and repeat itself this day, over and over again, until the end of my days, or at least until I know what I want, until I know where I belong,“ Maria broke out and she was so lost that she did not realize how Martin, the donkey gelding, took the opportunity of absent-mindedness to calmly eat the carrots she was holding out of her hands to distribute to the animals. She stood in the middle of the stable. Only when Martin relished the last carrot, did Maria return. Then finally she realized what had happened, „You know, once I’ve decided, then there’s no turning back. I cannot say in a few weeks, I want the other one now. It is irreversible. Just as the carrots have landed irreversibly in your stomach. So at least in the carrot form.“ Martin was not deterred by her words. Cozy he continued to eat until the last corner was plastered. Should she only. As long as she did not consider depriving him of food, she could talk about him for as long and as much as she wanted. For this he let himself be scratched between the ears.

„But now get out with you,“ said Maria, laughing, and released the animals into the pasture so she could quietly clean up the stable. The familiar sound of pounding hooves caught her, and the cluck of the ducks, who were loudly commenting on each of their aisles, but then there was something different. Then a sound mingled with the familiar that did not belong here and that she had not heard in a long time. „How is this possible?,“ Maria shot through her head involuntarily. „How does a car get lost?“

Curious, she stuck her head out of the stable. It was actually a car, a dark jeep. „He could have just lost his way,“ said Maria, but it did not seem like that, because the driver seemed to be exactly where he wanted to go. Quickly he jumped out of the car and walked towards the door.
„That cannot be true!“, thought Maria, but she felt as if she had taken root during the last seconds and could not get away, „But it must be true, because I can see it, with my own eyes.“
The gait, the way of putting her hand in her jacket pocket, all that was familiar to her, the way the driver was familiar to her. Only he did not belong here at all. Finally she succeeded in breaking free from her numbness and also going into the house.

„Hello Maria,“ said the man who had just entered the house and was already engaged in an animated conversation with Magdalena, who he cut short when he saw Mary, smiling at her.
„Hello Uwe,“ Maria replied shortly, „how … what … why.“
„Now sit down, I’ll make tea,“ said Magdalena and went into the kitchen.
„What did you want to ask?“ Uwe said, still smiling.
„How do you get here? What are you doing here? Why did you come? „Maria managed to complete her questions.
„That was not so hard,“ said Uwe, „I received your postcard today and after I have not reached you for several days, I immediately sat in the car and drove up. I was worried that something would have happened to you.“, he paused to look at her closely, „And something happened, but something I did not expect. “
„But how did you find me?“ Maria asked, studiously ignoring the last sentence.
„So nothing easier than that,“ Uwe replied with a laugh, „I come from a small village in Carinthia. I know exactly how to talk to people to know everything I want to know. The people, or most of them, who live in the countryside seem to always have an urgent need to share information with others. “
„Yes, that’s probably how it is,“ said Maria in agreement, „It’s nice that you’re here.“ She stopped in surprise. Was it really she who had said that? It did not suit her, she thought, but it felt good, good and, above all, right.
„It’s nice to be here,“ Uwe added as he hugged her gently. It was good to rest, lean, arrive. And an arrival does not necessarily have to be a place. Four little puppies scurried around their feet. The most brave of them tried his little puppy teeth on Uwes trouser leg.
„The little rascal will probably become the leader of the pack,“ said Uwe with a laugh, „but he’s also the cock in the basket.“
„How do you know that?“, Maria asked irritated, Uwe’s hug a little so that she could look at him.
„I took a closer look,“ he explained.
„Do you want to see the yard?“ asked Maria, with a sidelong glance at Magdalena, „How long will you stay?“
„As long as I can,“ Uwe said shortly, and Magdalena nodded. Maria almost meant that it was what Magdalena had been waiting for. Now she was sitting next to the stove watching the action with joy.

That evening, they sat at the table by three, while the weaving shuttle continued, starting a new section that showed its first contours, but was unmistakably there, on the Web image of life. And it was the evening of the fourteenth of Advent.