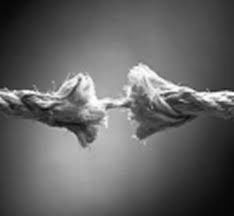 Nyx does not find rest in that night. In her dream, she looks at an unknown person who speaks to her as someone else. Again, she denies it, but then he comes to her, reaches for her neck and draws her mask from her face, and under that mask comes the one that he sought. It had always been her, and she did not even know it. Or not? Because a second later her own face is where it belongs. An aberration of the senses? Nothing but liar and deceit? Who is she? She lost herself? Or had she never been the one she believed she was? Or has the idea already been so fixed that she herself is staggering?

She escapes the dream and the night. During the next few days the same news will come up again and again. She should finally admit that she was his lover. She would no longer have to hide, and she repeated over and over again that she could not because she was not. Why did not she simply break off the contact, even though it so wears her down?

There was not a single word about this. On the one hand it was the curiosity. Would he still find her? A wonderful story with a happy end poked in her head. Perhaps she could also make a modest contribution to the fact that she found herself, the unknown, by her correspondence. At last she would recognize how great and genuine his love would be, and would be well. On the other hand, it was probably due to the still intense, deliberate and inspiring comments that he still wrote, beyond the confusion that had given her some good ideas. She did not want to do without that.

Day by day, for almost a month, she repeated the story of her existence-defending her own being against such an invincible wall of certainty. If she denied it, he knew immediately why she denied it. It was a pretext that seemed to confirm him even more. Until one day she had the idea to send him a picture. There could be no more misunderstandings, but what could be certain with someone who managed to counter any objection to torpedo every scene. But the photo, which finally showed the desired effect.

„You’ve been driving around me for all that weeks, you’ve been spending for someone you’re not, have played cat and mouse with my feelings and my longing. You are the worst!“

That was his reaction. Still, Nyx did not want to get out of his way. At last he had understood.

„I’ve never claimed to be her. Again and again I told you that I am not the one you are holding me, but now you finally believe it. „

It still seemed to be a final point, but no, he managed to set it:

„Just by denying you suggested to me the opposite, drew me deeper and deeper into your claws, you siren, you hyena. But you could not believe I’d fall for your lies. I have seen you now, and I will warn the whole world before you. „

Nyx sat at the footbridge, also on this evening, and no longer understood the world. But maybe she should give it up too.