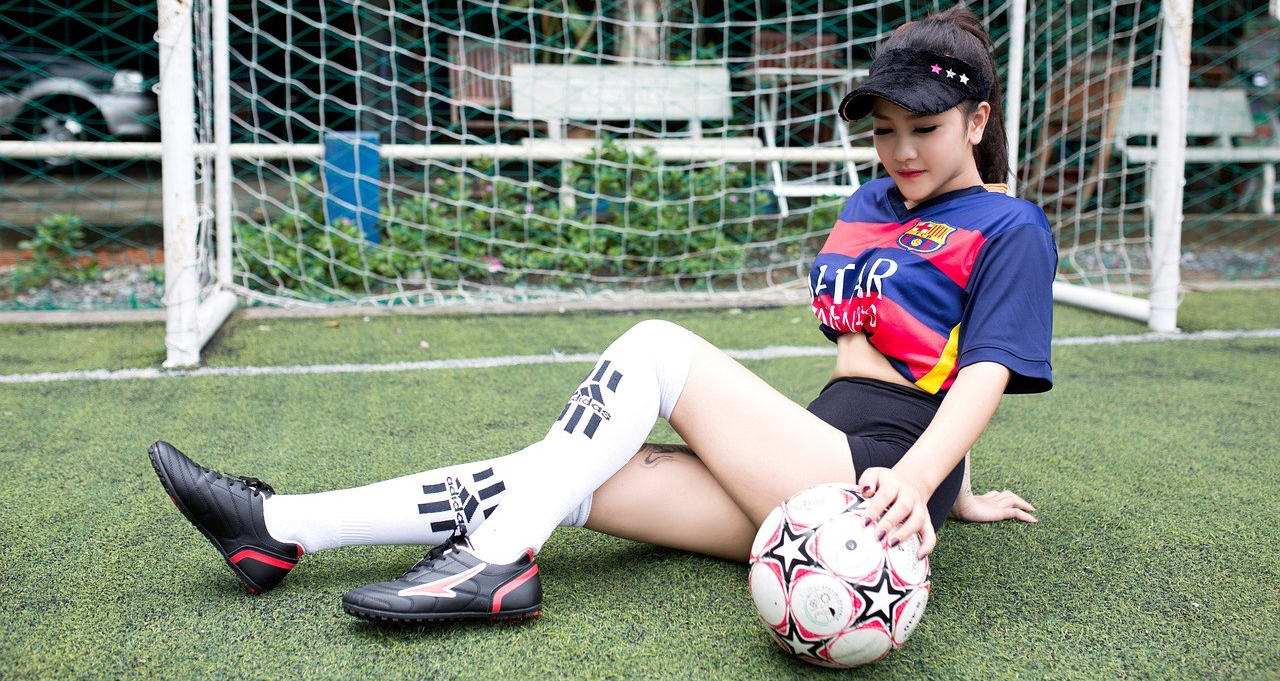 I’m standing on the sidelines, in the dark, in the cold. Glaringly the place is lit up by the floodlights. Not more than ten people watching the game. Friends, relatives, acquaintances in the first place, because here the women play soccer. The fate of a marginal sport. Whereby soccer itself is anything but marginal. As long as he is practiced by men. Any small place that can afford it somehow needs its own place, hoping to produce the next Lionel Messi. Few to none with the intention to see a successor to Marta Vieira da Silva emerge from the ranks of her own club. There seems to be a serious difference if women or men fight for the ball.

„He stands in the gate, in the gate, in the gate, and I behind it,“ reminds me involuntarily of the lamenting Wencke Myhre of 1969, from which the right order emerges unmistakably. He plays. She is watching. Where women seem to care less about the game than onlookers, but more about the acting people. „What does it look good!“, They sighed after a David Beckham, who then promptly got carried away to an underwear advertising. This concept was taken up and perfected by the Americans, the languishing and worshiping institutionalized in the form of pompon-wedeling cheerleaders. The top of those is in turn regularly associated with the Quaterback. Everything as it should. But to stand in front of the goal, in the square itself, that would have been out of the question for Wencke Myhre. Moreover, she should not have it, because until its abrogation on October 31, 1970 by the DFB women’s football in Germany, was banned, also in Austria, because, it was declared at the entry into force of the ban in 1921, football is for women not suitable and therefore should not be promoted. Still in 1954, when the discussion about the reintroduction of women’s football flared up again in Germany, the DFB decided against it, on the grounds: „In the fight for the ball the female grace vanishes, body and soul inevitably suffer damage and the show of the body violates propriety and decency. “

I watch the women play. Grace, whatever you mean by it, may not be found even though I can not understand the connection between lack of grace and damage to the soul. The body can be damaged, because in sports injuries occur, but the men have to bear that anyway. By now it is known that women are probably harder to take than they wanted to trust them. You will certainly look for grace in vain, but I find joy and fun in the movement, commitment and enthusiasm. That’s probably why it should work. Exercise is important and healthy. However, many girls still retire from sports when they think that grace is more important than health, or that this opinion is conveyed to them as theirs.

The anthropologist Frederik Jacobus Johannes Buytendijk sums up the prevailing view: „Football as a game is essentially a demonstration of masculinity. It has never been possible to let women play football. […] The stepping is probably specifically male, whether it is female to be kicked, I leave undecided. In any case, the non-occurrence is female. „(The football game, Würzburg 1953, pp 25/26) Even after the lifting of the ban, the ladies faced due to their“ weaker nature „with special conditions. Studded shoes were forbidden, the balls were smaller and lighter, and the playing time was limited to 80 minutes, and it was only in 1982 that women’s football was fully recognized in Austria.

Meanwhile it is the case that many clubs also hold a women’s team. Despite the still low interest, it seems to be a question of prestige. Perhaps they also hope that in the future more viewers will find themselves filling the increasingly empty stadiums. For the lack of attention to women’s football, but also in general for any sport, for which there is a male equivalent, the physical inferiority of women is brought into the field. Because that makes it less exciting for the audience. I can not quite understand, however, because the performance is always on its own and the comparison is not appropriate. Here false standards are created.

It falls a goal. Cheers at the place. That’s how it should be. It is about the joy of movement, of being together and also of the competition in which they measure their powers in fair play. That would be my appeal to all women in the world. Enjoy the sport, your body and its performance, because to be graceful, if you value it, you have enough time for the rest of the day.