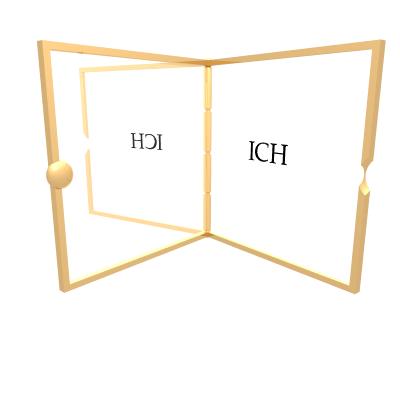 „You’ve made yourself quite scarce during the last time,“ I recalled, after a brief greeting, with my girlfriend. Well, with my best friend. Actually, I had the guess that a new man had his fingers in the game. After all, we had already done it a few times. It was every time the same. She met a man, whom she explained to her dream prince in turn. Then, in general, she sank into immersion, until that day when she realized that he was neither a prince nor a dream, but rather real, with all the disadvantages with which real men are now blessed. The only difference was that the half-life between learning and disillusioning became ever shorter.

Every time, she swore that she would never let herself go back to a man. After all, she had so many interests, ambitions and tasks, there was no room for a man. It costs only time and strength, which are fatally wrongly invested. It had been half a year since I had heard this last oath, and I was already tending to believe her this time. It really seemed bitter to her.

„I am intelligent, free, independent, untroubled and happy. A happy Single woman, „she had said at that time, and went away. And then came the ten weeks in which I read only a short while from her. „A new man,“ I thought, smiling, „she’ll tell me.“ How hard my thoughts were, there was no other way. Who also comes on such an idea. Still I stared at the phone in my hand. Had I really understood this? Or did I only dream? Can a dream come to things that have never been heard of?

„So nonsense,“ she had repelled my guess, „You know, never again a man in my life and you know why.“ And as I knew why. She’d told me often enough, and just as often the opposite, but I preferred to keep it for myself. She was a little sensitive to that.
„Much better than any man in the world, much better than anything at all in life,“ she continued quickly, probably to prevent me from possibly supplementing, „I am going to marry on Sunday,“ she said, with that solemnity in the voice which was most appropriate to this kind of communication. I was about to give up, and I wanted to inject, that I had been right with my presumption, but I did not come, for she continued: „I marry the human closest to me whom I love the most in the world , myself.“ If she had expected me to be speechless, she would have been right, and I definitely missed the words.

„And, do not you want to congratulate me?“ I heard her voice, which could not hide the impatience.
„I do not know exactly what to say now,“ I replied truthfully, „This is somehow unusual.“
„This is not unusual at all. You simply say, I sincerely congratulate you on the forthcoming marriage,“ she told me, whereupon I repeated her words dutifully. It just sounded a bit mechanical.
„Good girl,“ she replied promptly, „I want you to be my maid, then we’ll eat and I’ll tell you the whole story, the whole wonderful Love story.“

And now I was still sitting with the phone in my hand, staring at it, as if I could force myself to answer one of my hundreds of questions. But it remained stoic. Marry yourself, and that should not be unusual. How should that go? What should it be good for? And anyway, can one divorce? But the main question of all, what should I wear?

It looked as if I should still be patient. Excitingly I found myself on the said Sunday to that mysterious wedding.