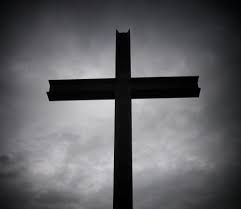 It is as incomprehensible as life itself. It is as incomprehensible as the Word itself. But it was, and it was proved, by those who still did not depart from His side, who could not be sent, not from Him and Not of their own fear. The women who came to the grave, that they were at least near him in death. Something had happened. Not only the absurd of death that led to darkness in the middle of the day, which tore the curtain and all that threatened to overthrow meaninglessness, there was more that they could not name. In the midst of hopelessness there was an inkling of a new beginning.

They could not have said anything more than they had been entrusted with. Where everyone else thought there was nothing more to be hoped for, even then they were able to give themselves home, and it was a new morning, lighter and brighter than any other morning they had ever known. They went to the grave, probably still depressed, but already animated by this premonition. After all, He had told them, told them to come back. But how could He do that, they had to listen.

And they said, in spite of better knowledge, that it was nothing more than the limited human knowledge, despite all know-how and all experience so far. All know-how and experience are humanly restricted, but they said it would be so. They remained indifferent. Their love was imperturbable, and therefore the confidence in His Word. No, he had not disappointed them, and He would not disappoint them so He would make it come true. After leaving death, which was only the beginning after being interwoven in the absolute darkness, which was not yet the worst after suffering the absolute abandonment, the most comprehensive pain, by the absence of the Word itself. After all this He had re-established himself, changed, and yet remained within Himself, changed, and yet as He was Love and Word. Nothing could change His innermost being. He was, He was still, even after this eternal night of abandonment, which He had entered and left again to make it possible for no one to endure this absolute night, not now and never again.

And when the women came to the grave, it was empty, and even though they thought humanly that there must have been someone who had taken Him away, there was something in them that they knew about the true meaning was left. And at the moment when they understood, the sky cleared completely, and the sun came forth with unprecedented power, filled the world with light and warmth, since He Himself was the one who stepped to them and made himself known. As He had told them, it was so, and a joy never before known filled her, a joy that made dancing and cheering and singing, spreading and condensing, and compelling them to carry on, even to those who were a little intrigued And frightened in their corner. Even they are not left alone, because He knew their small-mindedness about the narrowness of their hearts, but He took them into joy and reunion.

A new morning, and a new life, -and never again would it be otherwise, never again abandoned the experience, for even death was no longer a limit, and life embraced the nothingness and the absence and the lostness. Everything was taken, so that nothing remained, which did not encompass love again, so that the absoluteness fell away, except for love, which was and is and will be, everlasting, to perfection forever. On that new, radiant morning of His resurrection, men were to know.