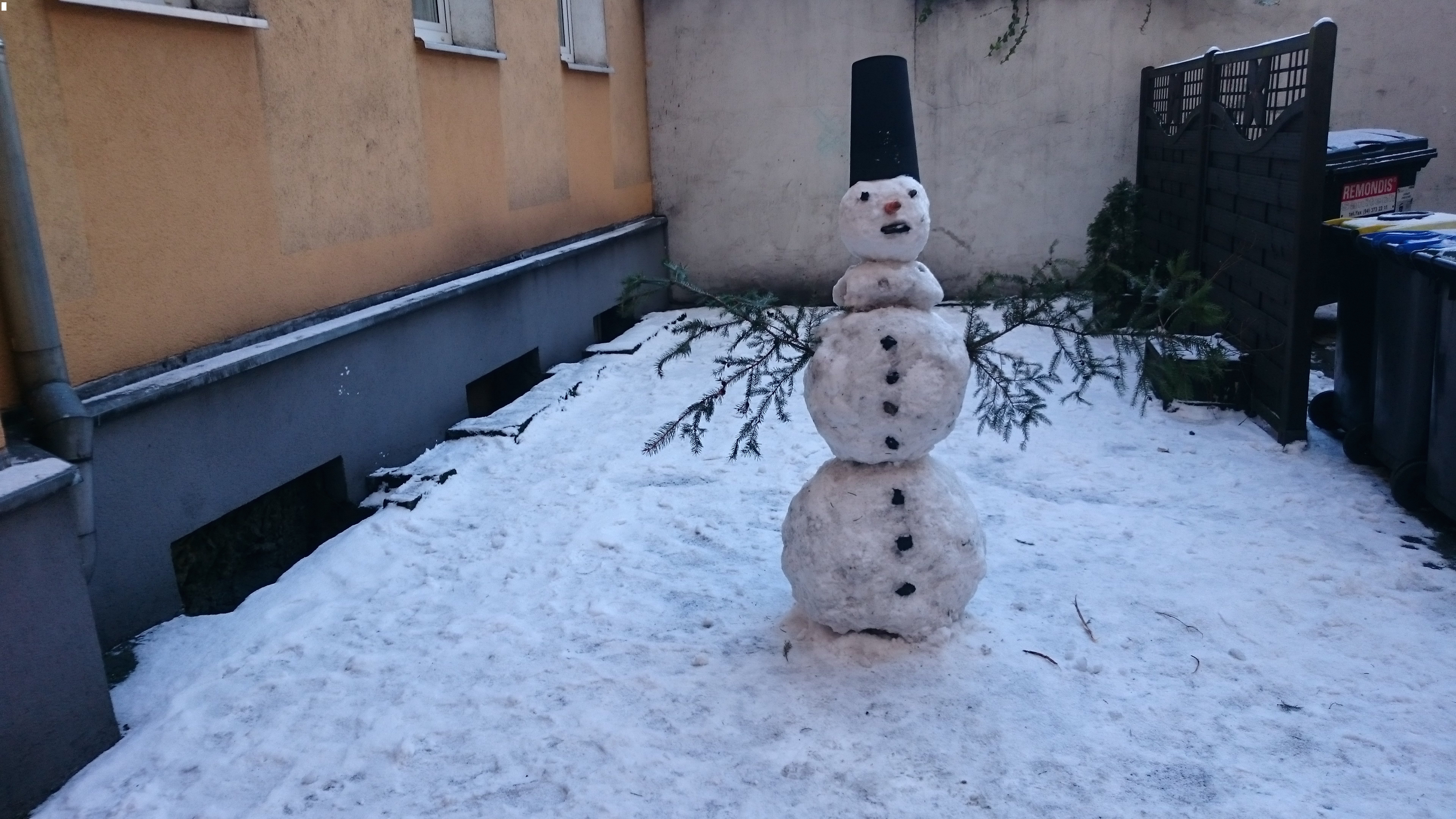 Seeing was first. Orientation happens by way of seeing. Important is accepted. Unimportant is blinded. Many things pass by without a trace. Only when seeing consciously happens, when it is concentrated and focused, it becomes a recognition and thus a movement. Unconscious seeing. The process of seeing occurs because it is just so, until something comes into the eye, that the effort is worth, the effort first move physically on it. The movement leads to the place from which the object of attention can best be perceived in its entirety. The outer movement follows the inner movement. Perceive, as a process of consciousness, a movement toward understanding. Recognize, as a contemplation in a particular way that challenges the object of contemplation. Challenges me.

To move toward it, externally, and to free myself with the recognition in me. Amidst all that I have known up to this moment, what I touched and what I carry as an impression in me, comes into play, because the newly added one claims a place that was not there before. I can create this place by inserting the new knowledge into the past so that I can develop further. Change as an inner movement, opened by a sensuous, visual impression. So the world is acting upon me, but it is up to me in what way it does this. All the more of these impressions accumulate within me, over time, the more nuanced and richer my view of the world becomes. From this comes humility before the infinite abundance of life which surrounds me, and which I can never fully exhaust in my cognition. It keeps me mobile, my thinking, my actions, my feelings. It keeps me mobile by calling myself and my image of the world questioning the answer. Nobody knows where this movement leads me. Not even I myself. The more I want to hold onto a world view, the more I will refuse to let myself be impressed by others. If I can no longer refuse, I fight them. This is the basic motor of any ideology, that it does not want to be questioned, but always wants to remain the same. Stuck in a once fixed. It is quite indifferent whether it is politically, socially, economically or religiously brimmed. The human being who is subject to ideology is immovable. Everything new and foreign is rejected in itself. It is not a question of a refusal of reality, but the inability to accept something outside of one’s own horizon of interpretation. When I venture worldly, turned, and empathic into a strange microcosm, the seeing leads to recognition and movement within me.

A snowman. Simply a snowman. Just as most of them know it and probably have built them themselves. Mostly as a child. Later, with their own children. But it is something that immediately reminds of childhood. The snow is round-lined with traces. But those who left the traces have disappeared. The snowman remains alone. Memorial to the past. In a backyard. Limited by walls. A wall is windowless. Access and exit. A dumb wall. Simply a delimitation. The other shows a piece of windows and the pedestal in the foreground lets think of a gate, an access, but not see. Therefore, the room is closed. The sky above is not to be seen either. The light indicates that it must be there. The color is partially faded. Shades in orange. Hints of cellar windows, which are partially recessed. There is one underneath. But no over. To the right the garbage cans. A delimitation. An attempt at delineation. You can see them anyway. Game room. Behind the trash. The dispensable. Disposal in addition to habitat. Game room. A space, therefore, which denotes a transitional stage. And yet the hopelessness remains evident. It does not go to the outside and not to the top, only to the bottom – and to the rubbish space behind a senseless barrier. Try without error. Or execution as an only error.

C. Story: If I were a snowman

If life did not exist, then someone would invent it. Nevertheless. No one is spared. There is no mercy. Boundless the anticipation that comes to mind, because one believes. First. Even to life. Especially to life. At that time, when I also believed, we also built a

snowman. Always one. I passed him to the top of the lowest sphere, then. But the carrot, the most important utensil, I could place in the middle of his face. Because I did not go up, my mother raised me so high that I could put the carrot in the middle of its face, packed with my little hands. A breathless moment of silence. Then the security, it would hold. Relief escaped me as a hearty laugh. Next was the joy. Gently, my mother put me on the floor, before she hurried away again, up into the apartment to her work. I stayed behind. To play. The yard was large. I go to my knees to take the perspective I had then. Everything grew bigger. It was a hope. Despite the walls. For there was my mother working there behind the window on the second floor. There was the gate that would lead me one day if I were so far. Like a second birth canal. And next door the garbage cans.

When I go up now, on the walls, the reassurance is gone, for my mother is no longer behind the window. One day she went into the house. And another day she was carried out. She did not come back. I had been away for a long time. She had written to me that she was not doing well. But I did not take it seriously. Old people are like that, I thought. So I pushed the visit out until I had no one to visit. Only now I found the time. Maybe I did not want to come, not to be remembered, because I had to realize all too fast that I had been blinded. From the radiant sun of my own hopes for a life that would find itself far and sunny and fertile at the other end of the gate when I once left the courtyard. But behind the gate there was a courtyard. The walls had a different color. But they could not deceive me. Also not in panel. They were the same walls. Only that they worked more closely because I was grown. The only thing that changes is the perspective, nothing else. Even if you go through the next gate and the next. You always land in a courtyard surrounded by walls. In each one there are windows behind which someone lives. But that does not matter to me. The doors to the others are closed long ago, only the gate, which makes me think that there is something out there waiting for me, or anyone else is waiting for me. There is also no doorkeeper in front of it. There never was. It would have been soothing. And next door the garbage cans.

And yet every year comes the snow. A small child building a snowman. A curious building. Ball hill, who cannot move. It does not need the gate. It comes with the snow and goes with the sun. A snowman has it better. Every year it can come and go. It is the real phoenix. It does not make any claims, for it knows it will be reborn. Just as children are born to build snowmen. And mothers will lift the children up that the carrot comes to its place. Then, even if they are alone in the yard, they know that behind a window, someone, is waiting for a security. And the hope of the day when they go through the gate is alive. After all, the hope has existed.

I can go anytime. I was convinced of that. That had calmed me. It was also possible, at any time, only that I was going to go nowhere, as far as I had gone from, that was not foreseen in my life plan. But how could a plan be true if you knew nothing about what you plan to do.

I sit down in the snow. Next to the snowman. I am so small now that I could not put the carrot in its face. The walls are backed up. Only the hope that behind the gate could be something, and if it were only something, I cannot find again. Nor was there any security, which was an unspoken, but always solved promise, no longer. I would stay seated. It would be warmer. The snowman would melt. Not me. Someone would come out of an apartment, into the yard, to throw the garbage into the dung-bins. The direct path from the door to the containers leads across the place where I sit. The one who brings the manure away to dispose of him would have to evade. The path will be a few steps longer. This inhibits his step. But just for a moment. Then he finds another. An unusual one. On returning, it repeats itself. He is accustomed to disturbing other people. Also the dodge. I stay sitting because I do not melt. I can really go for it. Once again, there is hope that there are no walls there. I have nothing more than hope. Only the snowman has more. It melts, percolates and rises from the ground, every year anew. If I were a snowman, I need neither hope, nor security, nor gates. I know there is nothing but recovery. But there is only snowmen.

The snowman as a symbol of childhood. A space that has long been abandoned, in the now of seeing. A recovery. A re-a-find. Make small. Change the perspective. The memory of one’s own activity returns. The own snowman. It looks like this one, only that one has left the space of childhood, the space of security. Childhood as a transitional stage, which

you wanted to leave as quickly as possible. As long as one was small, the backyard was the world, the lifeworld. One had to be lifted up in order to be able to infect the snowman the carrot. You do not want to be lifted up anymore, you want to be so big. Even when one is alone, one knows the security. It is there. With all self-assurance. And when you can go, you feel big and strong and free. One forgets because one is fixed on the outside, that one does not know and from which one promises something. At least something. Only when you return you realize that it is the security that allows growth, and the security that gives freedom. The roots are dead because they are dying. And only then do we notice that one has no wings without a root, and if one flies, then as a leaf in the wind, which cannot give itself direction, but is at the mercy of the wind. The snowman is always new. Year after year. You will not be new again. Even if it is the same space as a child, one cannot return to childhood. And the view to the window is empty. The snowman as the symbol of what is always being reinvented. An experiment. A temptation. Nothing else. There is no back. And the gate through which you came back was only there to make you realize that going away is never possible. Always one remains. Only the one time you can come and go. Walls and garbage, only hidden in need, symbol for life. And more than just a symbol. If you go down to sit and refuse to go, it will be deprived of you. No one can stay. Not even the snowman, it only always returns.