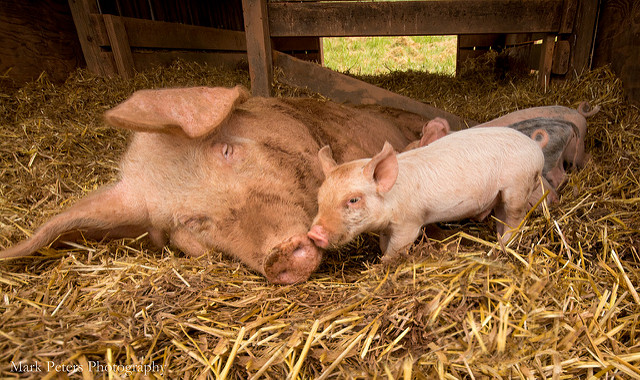 Protection means that I give someone who is inferior to me a kindness which I do not have to give him, but comes out of pure magnanimity, sometimes from sense of responsibility, otherwise from a mood or often for love, as the mother gives her child proves where it should be, for the child is in need of protection. Thus, images are automatically added to my head. A human mother carrying her child in her arms, a chicken mother hatching her babies under her wings, or a suckling cow standing in front of her calf. In the moment of neediness and danger it is appropriate to grant a duty, but ultimately it remains a gesture of superiority to a subordinate, one who has the power to grant protection to one who receives grace. This is, to a certain extent, appropriate in dealing with animals. In an acute case, to protect the integrity of a living being, that should be self-evident.

It is necessary to protect oneself who cannot help themselves. As soon as a living creature is able to protect itself and provide for itself, protection is no longer necessary, indeed inappropriate. A paternalism. Some people seem to have fun protecting themselves. I only remember pastry like pugs and the like. Ill-born creatures who are dependent on humans for the rest of their lives, because they can neither give birth independently nor have their breathing completely under control. In dogs it may still be a matter of course, as far as one can judge as a human being. We definitely do believe that dogs are doing well and they even want it. But that can neither be proven nor denied. However, the fact that dogs, who have lived in freedom for their whole life, do not want to be forced into captivity.

Protection is, therefore, and, as I said, always a paternalistic act except in emergency situations. Women who are protected are deprived of their liberty to move. If this protection is transformed into a right, two things happen. The one who had previously given protection was dethroned. His power is circumcised and dependency is broken. This is not to be liked. Does it make a huge difference whether a man can magnanimously allow his wife to go to work or whether she can decide for herself. Right is something that is equated and ultimately enforceable.

Where I give creatures the right to self-development, I also admit that they do not need me. I give them the opportunity to shape their lives freely and according to their own ideas. If I now prevent millions of chicks being shredded or gassed annually, not because I protect them, but because they have the irreplaceable right to life. Just as on intactness – and thus tail cropping, ear cutting, castration without anesthesia, etc., are foregone from the outset. This also means that from an act of grace the observance of genuine rights against which an offense is committed is an injustice.

Protection is urgent and absolutely necessary. It is, however, only the first step towards a life that is worth living and self-responsible.