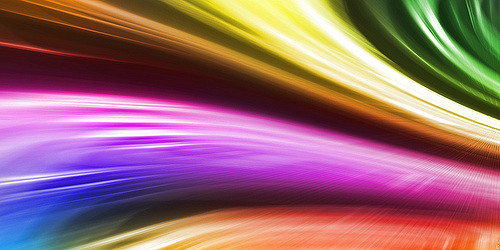 And we look at each other, the looks are found, and the world around us is finally devoured by these trenches, this world of valuations and prejudices, this world of the It and the One, this world of having and possessing, this world of categories and drawers, this world of coldness and distantness, this world of thrownness and undwellness, sinks into the irrelevancy in which it has always been, when we find each other, and know nothing more than this little word, You. Names take space, determine. Origin settles you in a certain place, paralyzes you. Position makes you appear one-dimensional, halves you. Only the one word which is spoken with the whole being, the You, sets you in motion and leaves you in your wholeness and diversity, and places you free to your innermost possibilities. How liberating it is to speak of the primordial trust of the beginning, in which the interest is an existential one, and the understanding wants to be an immanent. And while we are slowly bathed by the words that flow away from the legend, the world is also colorful, since it is the echo of the saying of the You, like a many-voiced Gloria, entangled in all beings, that vies to open up to us, who re-learned to see, immersed in the primordial flow of the Word, to which all being sprang from, bearing the foundation and curving into the dwellness. It is only the one word, that You, which carries all the others within it, and which gives birth to all others, the words of the power of action as long as they become out of the Thou and do not slip back into the non-commitment and poverty of it.

And so we enter, into the space in which the water of the word floods, floats and flatters us, we enter and stand in it, resting, becoming, being, in waves like the surrounding water, in itself and always in motion , self-consistent and always new. While we are humbly admiring the miracle of the becoming of you, this renaissance, in the midst of life, whether at the beginning, in the middle, or even at the last moment, before it is again washed away into the infinity of repose final oblivion. Even if it is the last word that comes to us, even if it is only a last thought, a last longing, this moment is a lived one, and life becomes in the becoming of you in the assumption of unconditionalness and non-deceivability of the You.

And while we are briefly struck by the idea that it was once there, the It and the One of insignificance, and also abruptly roll off, since it is no more, since the dead was stripped of us like the too narrow skin of a snake, as we breathe life.

And the flow of words that permeates us, penetrates and brings us together, takes us into its form, lets us become flow, and water and boundlessness without losing. The words flow as if by no means had been given before, and could not be any different, in another time, for even if I should never speak Thee again, gaze to gaze with you, so I am it and speak it with me, in the ever-now of simultaneity, which breaks the continuity of time as a givenness and makes it nonsensical, since life does not happen, not with time, not against it, but forming itself.

Dive into the flow of words that spring from the one, single, life, warmth, and breath-giving word, the Thou.