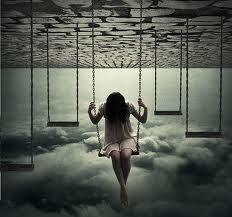 I was by no means depressed, but as clear and pragmatic as I myself could be to me-against others-anyway. And as luck would have it, you are snowing in the house that day.

„What’s the matter with you?“ you asked unconcernedly, which did not matter, because we are friends.

„I’m just thinking about the fact that talking, someone is snowing in, is not really appropriate. Imagine you are cutting in the summer, just like now, so that you have barely touched the threshold, have already melted away again, „I explained thoughtfully.

„And that’s what you mean to calm my worries?“, you insisted, shaking your head.

„Why worry?“ I replied, even though I knew exactly what you meant. But you do not always have to admit that immediately.

„What were you thinking about?“ you continued, ignoring me once again.

„Well, about this and that. What I cook for lunch, and what else I have to do, and about suicide,“ I explained as I heated the water for tea.

„And what has come of it?“, you investigated.

„I think I’m making a sauerkraut. We had not had that for a long time, „I replied. But you stopped me, I must say, really rude.

„Now, please do not be more aware of what you are like,“ you explained brutally, „What about your thoughts about suicide.“

„How little?“ you asked.

„How little?“ you asked.

„And then you think what’s going on?“ you asked.

„Of course, what else“, you meant.

„So I thought just because I was cooking, maybe there are still a few tasks, the things I’m expected to be living beings, which I still need to support. But in, say, a maximum of ten years, this is no longer the case. So if the children are out of the house and the dogs are not anymore, then I could secretly, silently and quietly squeeze – and no one would notice it, „I said.

„And you mean, you’re only in the world for what you need to cook as long as you have to fill pet bowls?“ you asked. Maybe you were a little irritating, but I could be wrong.

„And what about the people you are close to?“ you asked.

„They’ll get it over. Life goes on, „I said, almost indifferently,“ and actually it makes no difference whether I am there or not. Or?“

Ein Gedanke zu “On the day I thougt about suicide,”