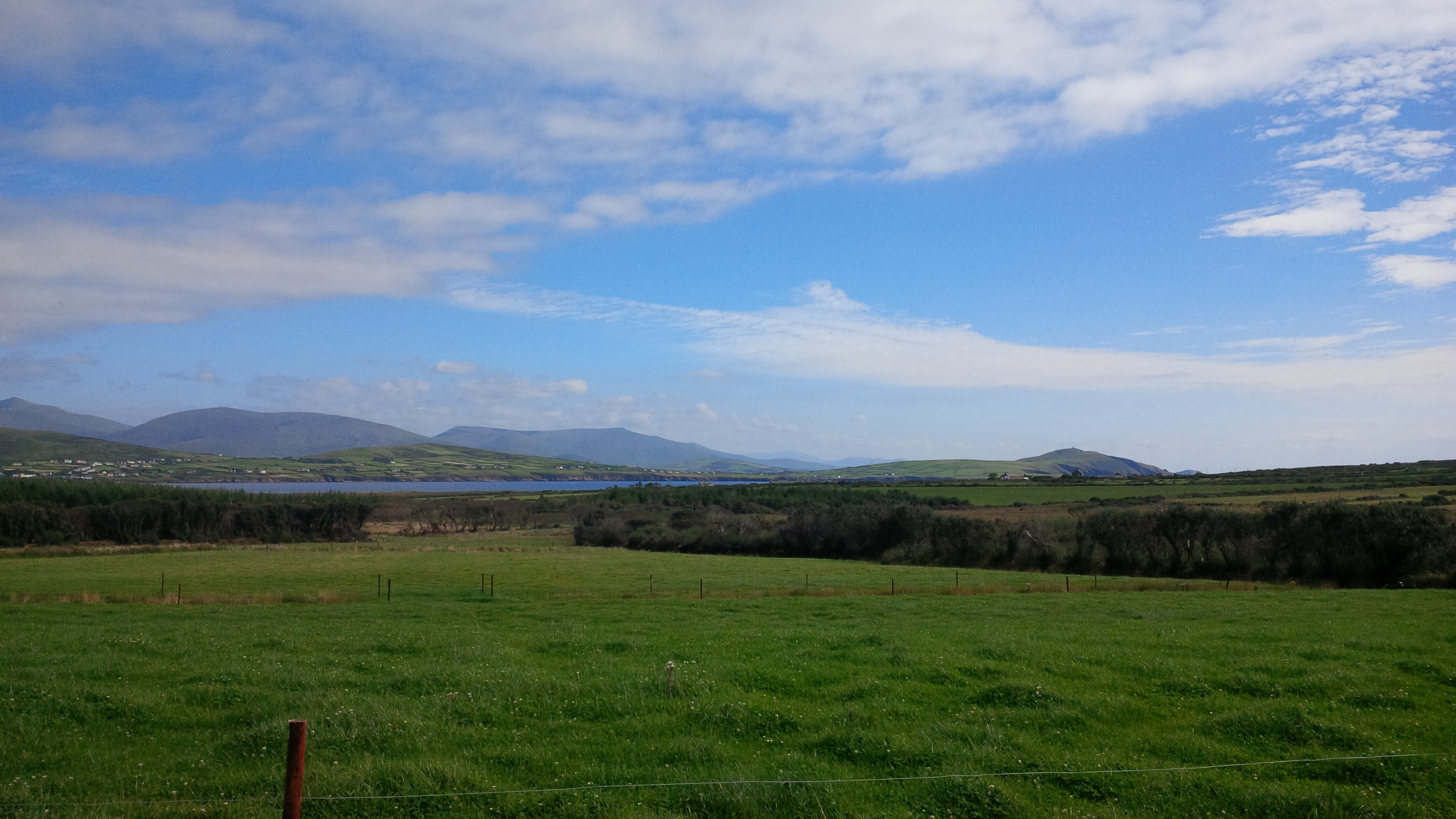 Yes, I do, but differently than I love you. Naturally. But also different than I love Manner Neapolitan wafers. There is something strange about the language, because it is about three fundamentally different things, and yet I use it for all the same verb. But the language unfortunately does not provide me with any better, so I want to leave it for a while that there are gradations , also when loving. But you’re surely burning with curiosity, why I love Ireland – or you think, once again, one that is in the ranks of many others. We already know. We need no more. But I’m sure you would not have guessed it.

It is the expanse of the country. Everywhere nothing but vastness, while the sea roars round, because Ireland is on an island, as we all know. The main feature of an island is that it is a piece of land that lies in the water. As lost. At the same time existence as an island, Ireland is also a part of Europe. The geographers think it. So part of the continent. Although it is no longer so politically and economically certain, after England, which has pushed itself as an island between Ireland and the mainland, will soon no longer belong to Europe. Perhaps then the geographers must also map their cards. We will see. But Ireland is outside, even where the island is part of Great Britain, so that now part of the island has left Europe, whether this part wanted it or not. All this does not change in the distance, the grass and the sheep. If you are a bit on the side or arranges yourself, then you definitely have the largest golf course in the world. A country. A golf course, and no one has to worry about the lawn. It grows quite naturally as it belongs to itself, with the sheep contributing their part. You just have to dig a hole from time to time. This is probably the reason why artists are always attracted to it. That is why those with the great thoughts or those who hold their own for it come. It is as if you could breathe freely, breathe deeply, see the horizon and the sky. For that I love Ireland, but that is not yet the main thing.

The Irish are good Catholics. So good that it was only in 1972 that secularization took place so far that one was compelled to close the last Magdalen Laundry. These were homes, which – named after the well-known sinner – had ministered to fallen girls, that are, those who gave themselves to the sinful lust. The result of their sin was her fruit of womb, which of course was taken away from the girls because a sinner could not raise a child, especially without a man. Instead, they had been able to receive the great grace of repentance by working hard for God’s salary. This, however, met with little understanding. In addition, we owe the Irish deeply Catholic festivals such as Christmas and Easter, that is to say the Celts, but you do not have to take that very precisely. It was so dear to the dear God that he stayed in Ireland and rented a cottage. So if that is not an argument for Ireland to be lovable, then I do not know. But that is still not the most important thing.

The Irish did not have time for conquest campaigns across the world, as their immediate neighbors were so gloriously practicing, for they had something far more important to do, they had to brew a beer. And who should be right? The greats have decayed, leaving the „great“ in the name, but the beer, which still exists, delights the people and brings them together, instead of diverting them. So you always have something to hold on to. If there is no one at the disposal, the Guinness remains faithful to you. That is why the sport is so important on the island, because no matter who wins or loses, afterwards is celebrated. This pleasant custom is also transported to other countries. Unselfish and altruistic, the Irish people who are disembarking teach the stranger even to celebrate with their opponents. A sufficient reason to love Ireland would be this, but still not the most important.

The Irish know that there is still too little singing and dancing in this world. A balance must be created for this. So, wherever and whenever possible, music is played, preferably in the pub, which traditionally has a music corner, which can only be taken by the one who justifies this dedication. One can hardly imagine a more cheerful place than an Irish pub, cheerful, cosmopolitan and tolerant. Because here the wishes are taken seriously, even if it is a special recipe of the well-known Irish coffee, as I care to order it. Everywhere else I would have to make a heated discussion. Just not here. If I ask if I could have an Irish coffee, but please without sugar. Naturally. And if it does not matter, even without whipped cream. It’s clear. Yes, and if you are so friendly, please without coffee. No problem, and only an Irishman can say that. That for I love Ireland. And can there be a better reason?