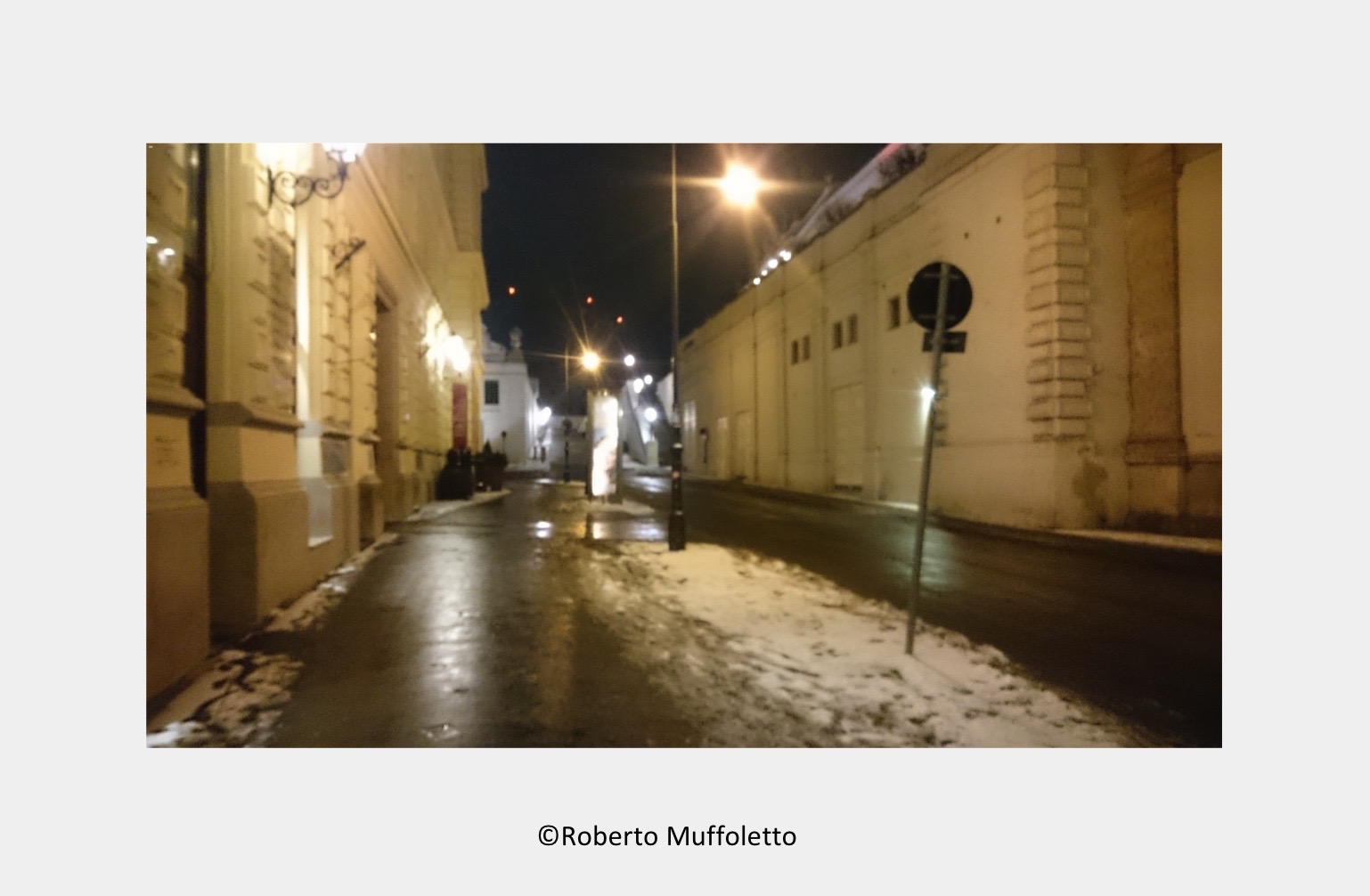 „I’ll go another round,“ she said lightly. „Are you joining me?“
„It’s so cold outside,“ he said, and flung himself into the TV chair. „But since when did you go out in the cold?“

„Wait I’ll come with you,“ he cried, following a sudden decision.
„Why, suddenly? I thought it was so cold outside, „she replied grimly,“ Or do you think you have to take care of me? “
„Such a nonsense. You’re a big girl. No, I thought you were right, a little movement will not hurt, „he said evasively.

As soon as they entered the street, he suddenly realized why he had not wanted to leave. The wind whistled through the streets of the city. Automatically, he held his hat. But she did not even seem to notice it. Smiling, she took his free hand and pulled him behind her. Perhaps he was to turn back, but there was no chance. How would that look if he pinched now? So he let himself go. She seemed to know exactly where she wanted to go. He just hoped it would not be too far.

„Tell me, do we have a specific goal?“, he asked, after they had turned again.
„Yeah,“ she said tightly.
„So I had been right,“ he thought as she slowed her step after another bend.

The snowmakers had done a lot of work. The streets and sidewalks were free, but there was no one else to be seen. Who goes out voluntarily even in such a weather just to go for a walk? Not even children with their sleds, but they had lost nothing in the city anyway. Then there were their own reservation. Children’s reservations. Between luminous advertising and ancient walls, between lanterns and busyness, children had lost nothing. This was an adult world. A world for human adults. And while he was thinking about erected, naked monkeys, he suddenly felt nothing in his hand. She had let go of his, and meant to stop him, as she made a few slow steps forward, placing her feet as gently as she could on the sidewalk. At last she went into a crouch. What should that be?

Suddenly he perceived a movement. A little something ran toward her. She paused briefly before it ran very close to her and took something from her open hand before it turned back, disappearing again, leaving small, almost invisible traces in the remaining snow.

„Was that just what I think it was?“, he asked, frightened as she got up and went to him.
„How do I know what you think?“, she replied. Of course she knew what he was thinking. But she did not want to make it easy for him.
„That was a rat, and you fed her, too,“ he told her.
„Of course, she needs a lot of strength now that she has babies,“ she said dryly, as she pulled him behind her. He let it go without resistance.
„But they dig in the garbage and carry diseases, and they have not lost anything here,“ he said, shaking his head, „And you are feeding them!“
„Before the man was and everything concreted was the rat. Then came the man, and spread out, and took up all things. And the rat found its place there, a small, secretive one because there was so much that was still useful and man simply threw away. She thought there was room for all of us, „she tried to explain.
„And then they multiply and become more and more and overlay the city and take possession of everything,“ he told her, the rat invasion imagining.
„It’s odd that the rat is not allowed to do what man does every day, because he thinks he is a human being and he can do it. That is only a rat,“ she said softly,“ There is no difference . All life wants nothing but life. You and me and the rat too.“