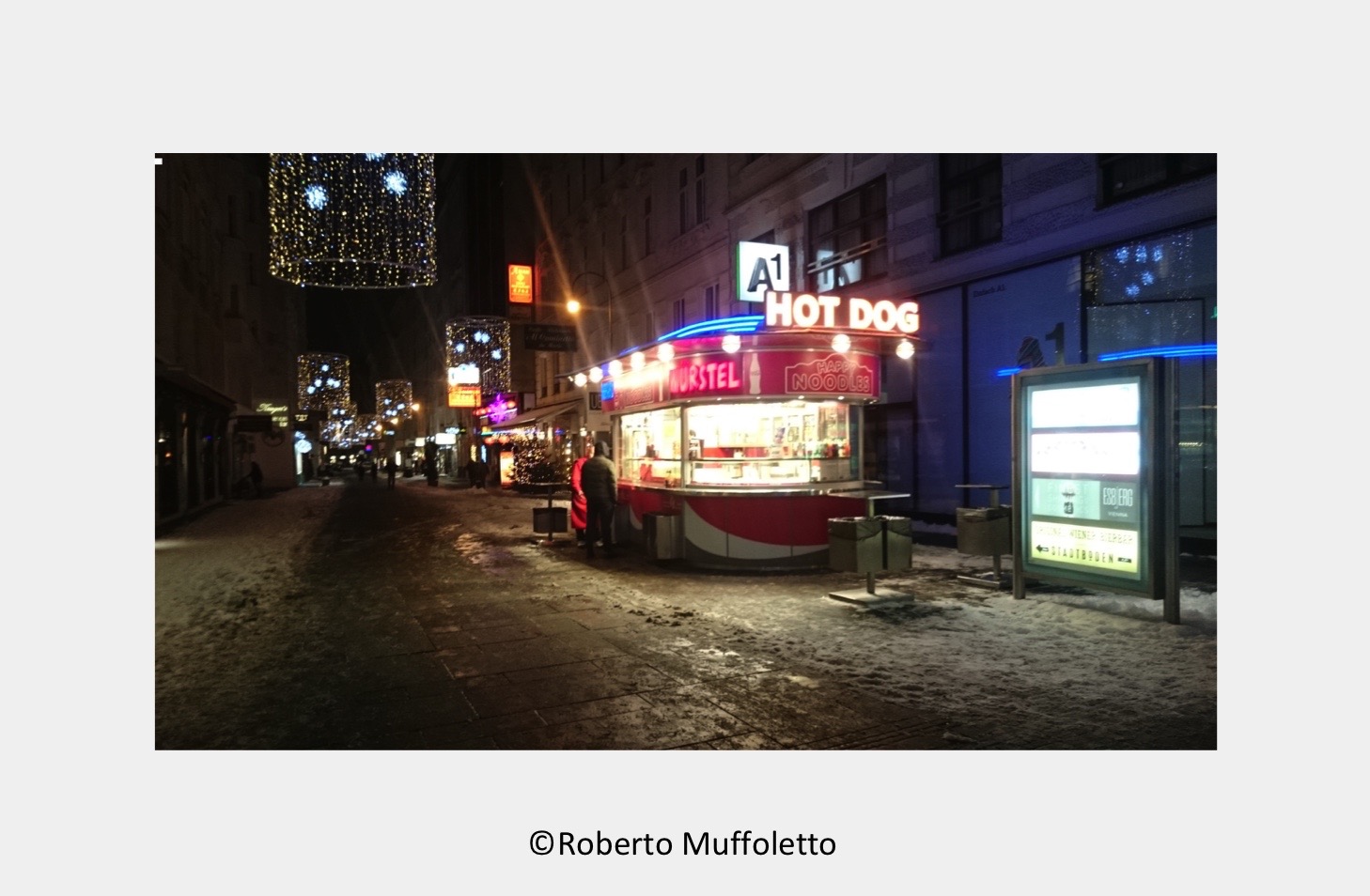 „Nice to see you,“ she said, as he was coming home this evening. As soon as he had opened the door, she had come to meet him and put his arms on his shoulders. As she rubbed the snow-damp hair from his face, she looked at him, with her soft, warm eyes, which weared a smile before she kissed him. Her book was still next to the fireplace. He also saw a cup of tea. She had curled herself, like a kitten, because she liked the warmth, but all this she had stopped when she heard him coming. It had always been so. He could not even remember that it was not. When he came home even in the middle of the night and she was already asleep, he could rely on her waking. A kiss. A smile. Nothing else. With all self-assurance. Small gestures. Unspectacular. Almost unnoticed. So imperceptible that he did not notice.

But that evening he had gone through the streets. Christmas was over. The feast was celebrated. Many were happy about it, but the tracks were still to be seen everywhere. Above all, the glittering lighting pushed on. It could be seen everywhere. Decorated the streets. Aroused illusions. Christmas in the glittering world. Artificial light for artificial happiness, which becomes ever louder, more hectic, until it overlaps. The more it tries to conceal its artificiality, the more it emerges. Leaving behind a bad taste. There was nothing that touched. It was much too pompous to be real. He was so fed up with the fuss and the nonsense. Continuously louder. Always wilder.

But her gestures, they were soft and gentle. She did not push forward, but simply remained at his side. With all the implicitness of a love which no longer needs to explain itself, because it is sufficient as an explanation. Because it is living and communicating vitality, precisely in this simplicity. He had been able to experience it so often. So often that he already overlooked it. But that evening, he had discovered it again. Disgusted, nauseated with all the artificial serenity, her smile was like a sunshine in the snowstorm. She had let go everything to greet him. It was like this. And it was not that it had to be so. She decided. And he felt that he was doing well. That was the moment when he came home, the moment of acceptance.

Under normal circumstances, on another day, they would both have pursued their occupations again, but this time he held her back. He replied her look and her smile and gave her a touch. Earnest was in his gaze.
„Is everything all right?“ she asked, somewhat insecure.
„Now, everything is all right,“ he replied, but the serious look remained. And her insecurity, when he still sat down, that he had to go away again.

And when he came back, he compelled her to sit by the fireplace while he laid a small, silver chain round her neck. Carefully she groped it and felt it cool under her fingers.
„But Christmas is over, and you know you do not have to give me anything,“ she said.
„I know, but I wanted it,“ he said. „And it should be something close to you, and yet not intrusive, not artificial, but genuine and close, just as you are to me.“

Then she turned to him and looked at him, with that smile that was above all in the eyes, and he knew that it was what touched him and healed him and made him whole.