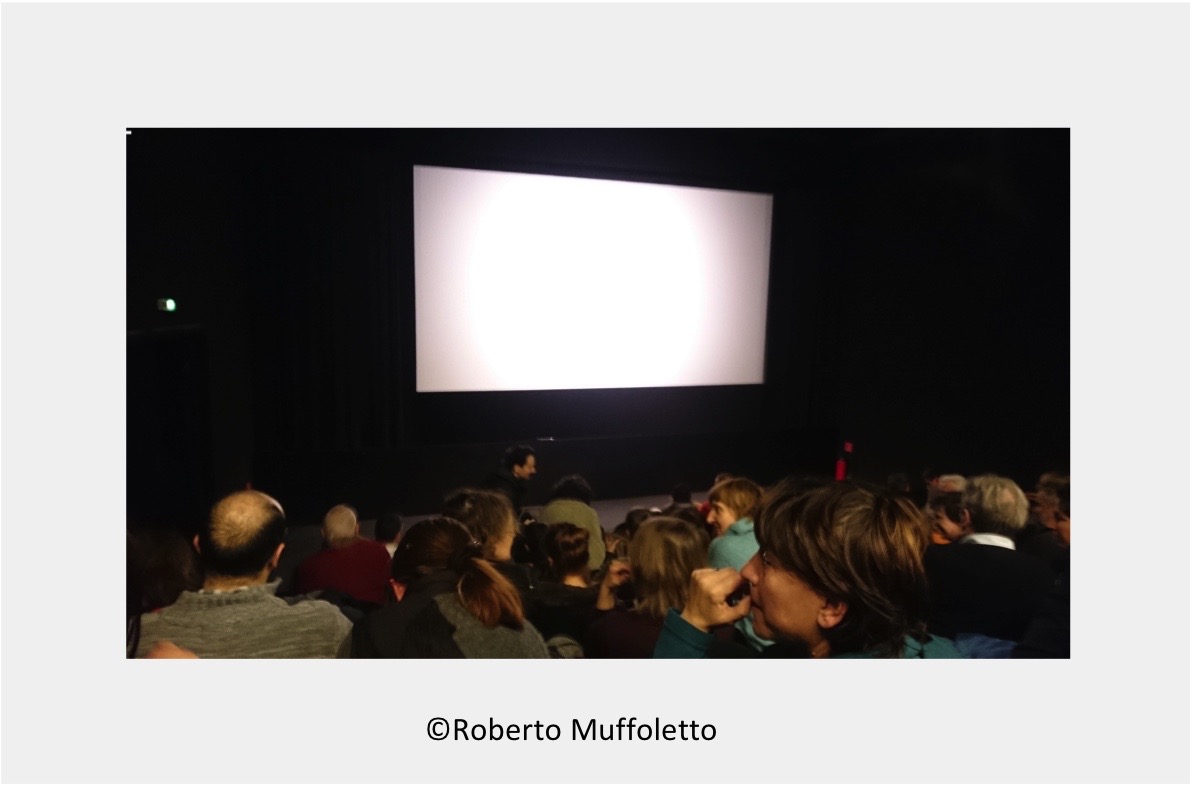 Nice chat. Expressionless. In the end. You have to bridge time. Until it starts. Slowly it is time. The voices gradually become quieter. The light falls on the screen. Carry the call on expectation in the luggage. A film will come. We do not know more than the title. We have never known more than the title. „Life“ or perhaps even „My Life“ is the title. Even if it seems more questionable from year to year, what is really „mine“ in this life. It’s different in a movie. It has a fixed beginning and a defined end. This can be avoided. Life also has a firm beginning. Everything else is vague.

And while we are sitting, listening to the faded sounds waiting for the coming, only the light is on the blank canvas. You’re sitting next to me. I’m sitting next to you. It’s not the time to talk. Afterwards. We’ll talk about the movie we’ve seen. But now the naked canvas is there. The living. Maybe „My Life“ with title. However, a little way it is my life, and a bit far one that is influenced by people to whom I attribute this influence. You for example. But not only. It is also not a real movie but a diffuse sequence of images that I would like to see now, after the film, in a year, in a decade.

I see you by my side. Now sit. In a year. In ten years. We talk together. About the film and also afterwards. You take me in the arm. Still. It feels good. Still. It has something of the consistency I long for, while everything else remains in the river, like a dwelling that protects me and gives me the strength to defy the storms that life brings with it, a little even my own is. Automatically I reach for your hand.

You see me at your side. Now sit. And then that we get up and go out. You give me a kiss. Perhaps one last. It’s a farewell, you see, because you’re afraid that time will pass, and you can still be here. It has something of capture and stagnation and death that you want to avoid. For as you become sedentary, life passes by you, which you have then completely surrendered, and which is no longer yours at all. You need the freedom and un-use of the world that is waiting for you outside, and you will escape if you stay. It is the world, the continual new impressions and experiences that protect you and give you the strength  to defy the storms that rage inside you. You do not want to know. Automatically you push my hand away.

Everything we think of ourselves, in this moment of expectation, in which the silence has already come, but the light still illuminates the naked canvas on which the film will soon be shown. A moment of expectation, in which we anticipate our life. All for us, without a word. We look at each other. One last time before the movie starts. For us, we know our expectations. Also about the after the movie. Together we will not have it. They are not compatible.

The moment of expectation passes by. Also the film. The kiss for farewell will be the last. You know it. I have not yet, but I will know. How love can be different. Or not.