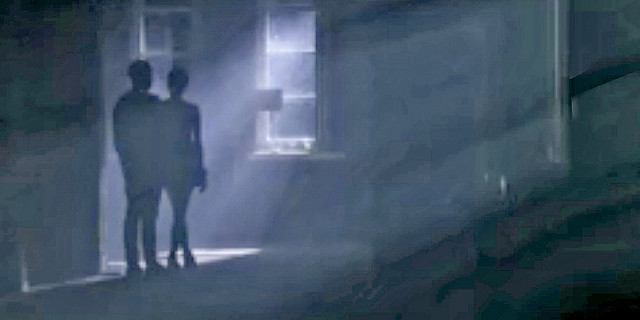 „You have crept you, in my life, like a thief in the night“, I’m trying to say, but it is not true. I sat there, in the middle of my life, when suddenly there was a knock on the door, a little timid, perhaps, but no less sustainable.

I rose from the mess and went to the door. Even I had the latch in my hand when I stopped, because I was not expecting anyone and I had nothing to expect, I meant. „Who are you?“ I asked uncertainly. „Who are you?“ Said a voice from outside. I slowly opened the door and found someone who was a stranger to me, and yet radiated also familiar. I had no name for it, neither for the stranger nor for the familiar. It is important to join hands to study appoint the foreign and the familiar. It is one step on each other to reach out opportunities to assume yes to establish possibilities. And we established the possibility of coexistence in us. We take the hand, that is given for us and open us to the openness of the accepted gaze. We approach to each other, gently and doses, but more sustained. Now we are standing in the hall, and it seems as the explaining each other, gave us to see us, and I have stretched out the arm, as further in, in my life, in that I want to take you with me when my view disengages from yours and it falls to this life, and I see this mess.

In your view, because I had forgotten it, I had let me wear, extend, but now, now I was restored in my life, with this mess, and yes, I also will ask you if you want you see my life because you actually already were in the middle inside, wanted to take you into it, that you can see it as it is, but in this mess, on all the unfinished and unsightly, I had forgotten. I wondered if I could you expect that, should expect, but one look in your eyes was enough that I knew I could not and must not only, I had to, because you were not someone who just drop snowed so, briefly chatted and again went without a trace. Centers through me you had set your tracks, and in the middle of my life. So I took your hand more sustainable, took you in with me in this mess, invited you to sit by my side. And the mess didn’t keep you from me.

You looked like to, and your eyes were pure benevolence, pure assumption and what I previously appeared as a mere jumble, opened up myself out as diversity. By your views I got me again. By your acceptance I got myself to see new. I learned to distinguish where order was necessary and where arose news from the chaos, unforeseen, unexpected, but mainly arose in the midst of the unjointed the We.