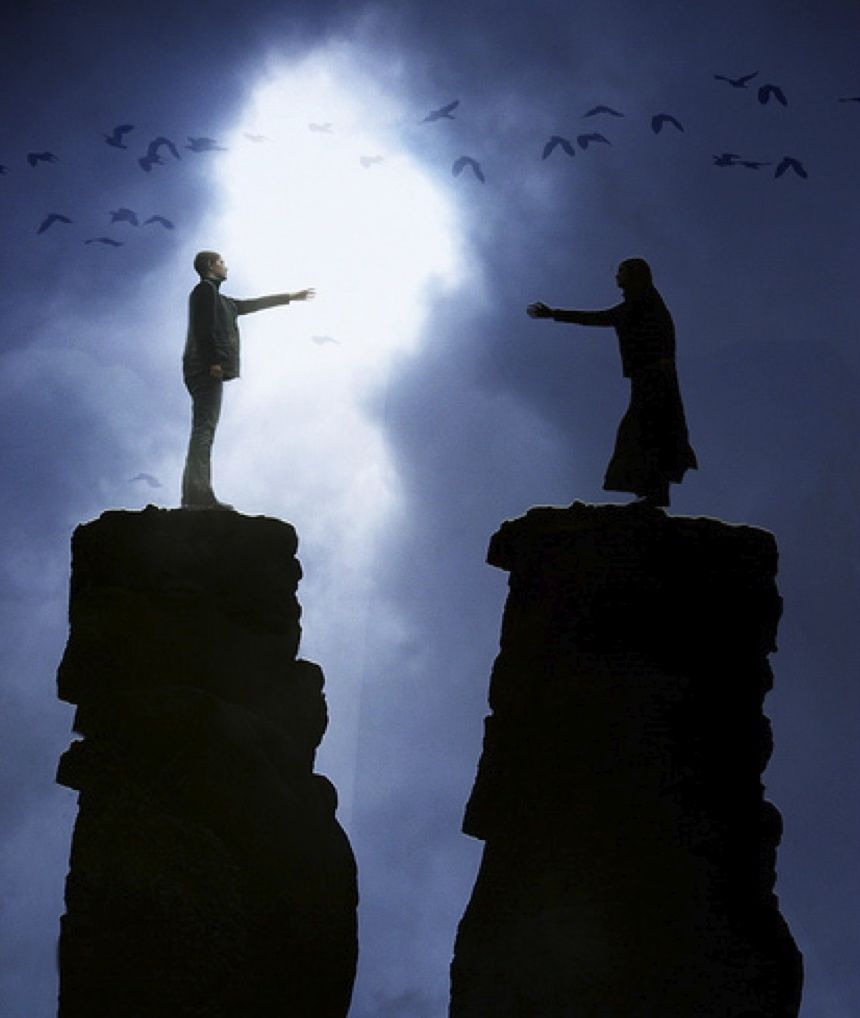 We had not heard of each other for a long time, when we met again, just as chance brings people together. Sometimes after long, others after a short break, depending on how the fates mood. Again and again I wondered what your reasons were for your silence. But I did not want to penetrate you. There is always a reason. There would be one here, even if I did not recognize it at that moment. Perhaps I would know it one day or not. This, too, would have its reason. I do not want to be annoying at least.

What do we know about the devious ways of human thoughts? Already with one’s own one it is difficult, and then only with strangers. This can lead to speculation only in dead-ends. And when one takes the emotional component into consideration, the complexity is not only multiplied, no, it is increasing, with the exponent being equal to the base. An equation in two unknowns. Calculate who likes and can. I decided, as best I could, to save the speculation. However – and I admit it now just as I do, because I would not have believed anything else anyway – nagged the question naturally to me. Open questions have always been a thorn in my eye. On the other hand, there was another fundamental point to which I held strictly. Always ask the questions you are sure you want to get an answer to. And in that case I was not sure. But when I saw you, I approached you, with the firm intention of making the still boring questions go.

With my chest puffed up, I rushed at you, bombarding you, back and unconscious with all the open questions that raged, and which had become more and more over time. And the first volley that I fired should leave no doubt as to how serious it was to me.

„Hello, I’m glad to see you,“ I heard myself say. Maybe not quite the bombing, but you do not have to fall right with the door in the house.

„Hello, I’m glad too,“ you said, surprisingly, to add, „We have not heard from each other for a long time.“

„Yes I know. It’s a pity,“ I replied lightly, as if it had not affected me.

„You really find this a pity?“ You asked, and your brow frowned as if you had just washed up with it.

„Yes, of course,“ I replied, absentmindedly and as confidently as possible, for I was bewildered.

„Why did you not then report?“, you continued in the interrogation.

„I thought you wanted to report. Why did not you report? „, I could not leave my question.

„Because I did not know how you react. It was a time when I simply did not know what to say, and I preferred it, „you explained, and that was the moment to drop my teacup, but I had no one in my hand.

Each of us had waited for the other to start. And so nothing happened, except that the questions were there and the worm gnawed. That was the reason. After all, a reason, but a damn worse.

Why is it sometimes so hard to get together? Why do we build up barriers between us where there is no need to be? Well, there will be a reason for this, even if it is perhaps not good.