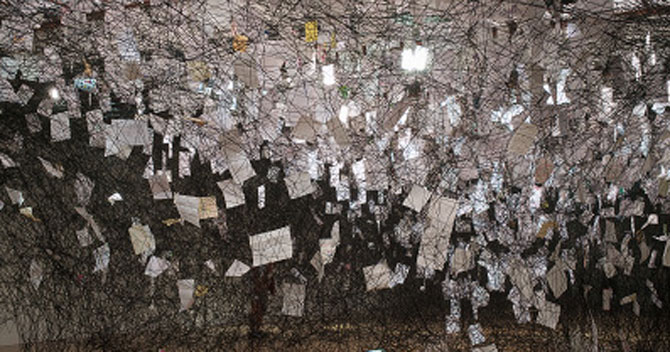 Cheerful and light and lively.

Beginning and promise and expectation.

The sky is blue.

And you see it.

The air is warm.

And you feel it.

The scent of happiness is in the air.

And you smell it.

The taste of anticipation wets you.

And you taste it.

Beginning and promise and expectation.

Cheerful and light and lively.

It should remain, this very beginning, but it changes and becomes a continuation in which more of you is wanted, to give more, especially more of you. For you are meant, you are called out from the monotony into a singularity. You are challenged to yourself. And you let it go, a little piece you allow that you will be recognized. A little bit you allow yourself to let you be recognized. But then it goes beyond this little piece, and you realize that you are approaching the place where you hid your pain, a pain that you buried deep inside yourself. There is neither a designation of the position nor a plan. You have sworn to never find it again, but you will be taken there. Obviously apparent. And you’re back. It is dangerous. Never again, you have sworn to yourself. For a moment, you think that you can make it with this hand in yours, finally, to touch this still-smoldering, though hidden wound. Close, as close as never before, allow you to be guided. You touch it. Just on the surface. A shudder passes through your body and your heart. You’re back. It was nothing but a foretaste for the right pain. But it is enough that you retreat, but the hand in yours will not allow, will go on with you, only you cannot. Rather let loose the hand that lays so warm and secure in yours. Better to return to the beginning and to the promise and the expectation than to suffer the pain and to heal the wound. Rather be left in a state of restrained affection, as depth and intensity allow.

Because you meant that it is possible to love, and yet remain whole, just as you were before, but love is a storm that whirls everything you have been so far. Nothing remains as it was. Nothing can remain as it was, for love is the existential shock. But the tempest, which shakes you up, shakes you, reveals your inner self, which you have so carefully hidden and secret, before all eyes, for such a long time. Even before your own eyes. You knew it. Actually, you knew it, and you thought it could be. This time. This one time. But then you are back again and would rather leave everything in secret, than to be healed for love.

So you prefer to read the hand, which felt so good, gave you so much confidence and reliance as to show you and show you wounded. In this way you would prefer to break the embrace, which did well to you, to give you security and dependance, than to recognize yourself in your dismemberment. So you avoided the touch that warmed you deeply under the skin, surrounded you like a protective shield, so that you let it penetrate to your core, in which was the pain before the healing came.